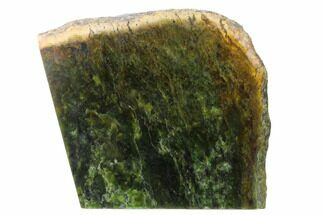 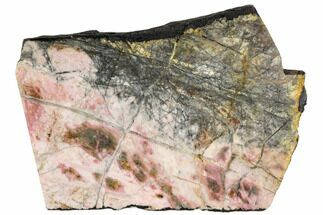 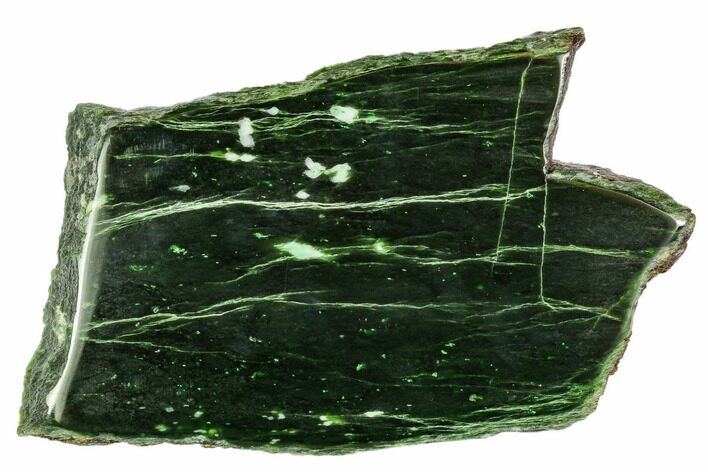 This is a thick cut and polished slab of green jade var. nephrite. The jade was collected from the BC Jade Mine in Jade City, Canada. The edges of this slab have been left rough and the faces have been polished, one side of which has been polished to a mirror-finish.

This slab is not a uniform thickness across the entire specimen. The thinnest section is .9" while the thickest point of this slab is 1.3". Comes with an acrylic display stand.

Jade is a silicate mineral that is best known for its green varieties, the most common of which are jadeite and nephrite. Jadeite is a variety of jade that's primarily composed of silicon, calcium and magnesium while nephrite contains silicon, sodium and aluminum. For thousands of years, jade has been used for ornamental purposes and as tools due to its relative strength and durability.
SOLD
DETAILS
SPECIES
Jade var. Nephrite
LOCATION
BC Jade Mine, Jade City, British Columbia, Canada
SIZE
6.7 x 3.9"
CATEGORY
Polished Rocks & Crystals
SUB CATEGORY
Polished Jade
ITEM
#112746
SHIPPING
Shipping & Return Policy info. 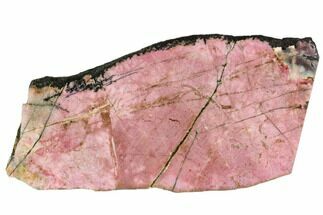 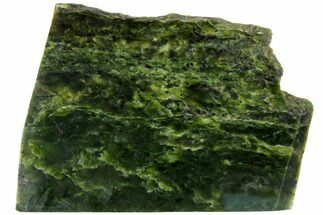 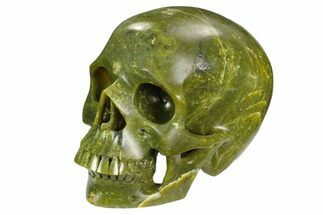 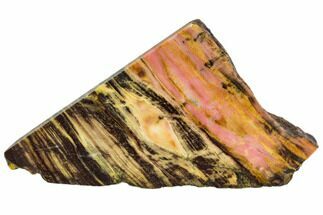