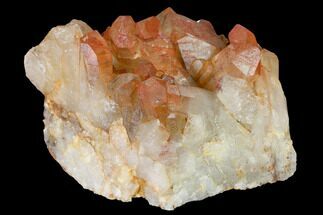 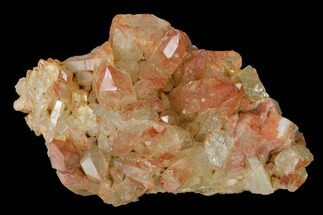 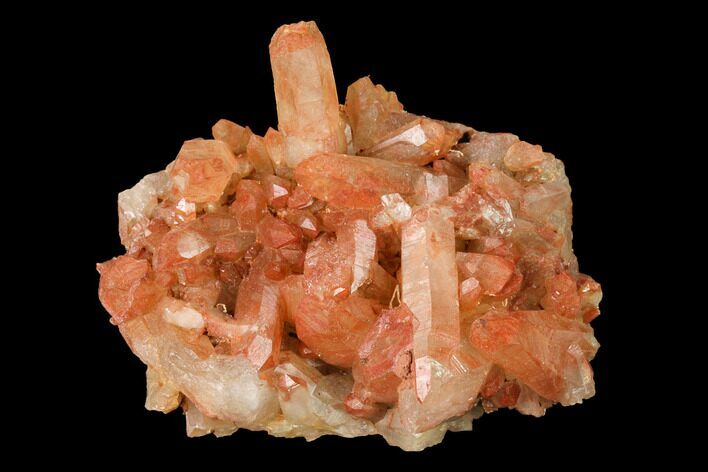 This is a beautiful cluster of natural red quartz crystals from Tinejdad, Morocco. The red coloration is due to iron oxidation coating portions of the exterior of the crystals. 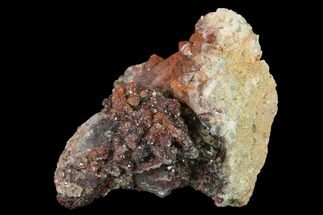 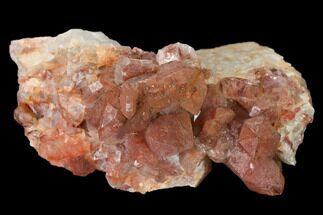 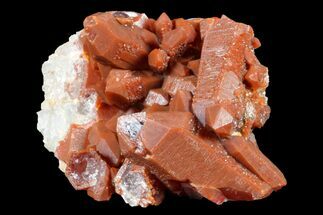 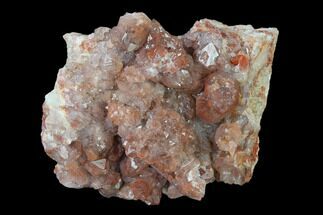 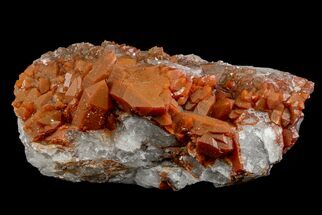 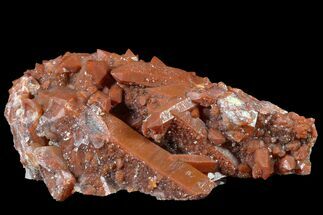 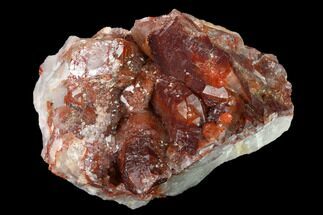