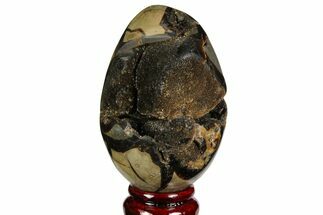 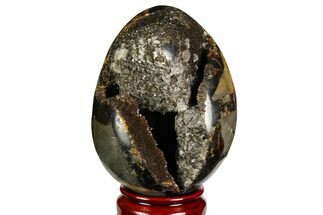 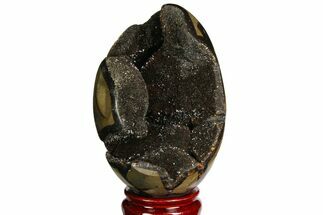 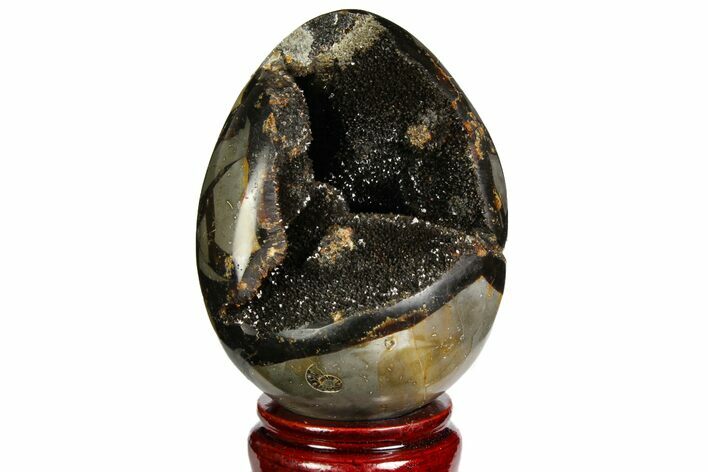 This is a really cool Septarian "Dragon Egg" geode collected in the Betsiboka Region of Madagascar. The hollow cavity is full of beautiful black & brown calcite crystals. It is a hollow septarian nodule which has been polished into an egg shape, and the natural cracked pattern of the septarian gives it the appearance of a dragons egg. A spectacular display piece which would look great in your home/office or make a great gift for the Game of Thrones enthusiast you know.

There is an ammonite preserved within the mud portion of this septarian dragon egg. Comes with pictured display stand.

The cracks in the concretions are then filled in with minerals such as calcite (yellow) and aragonite (brown) and sometime pyrite causing the very interesting patterns, which have often been described as dragon's skin. They are frequently found as geodes with hollow, calcite crystal filled cavities. More rarely the fossils that originally started the formation of the concretion are still preserved in the septarian.
How do geodes form?
View All Polished Eggs
SOLD
DETAILS
SPECIES
Septarian with Calcite
AGE
Middle Jurassic 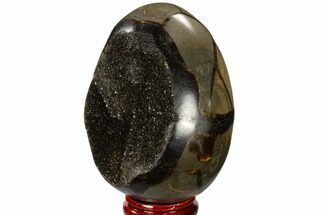 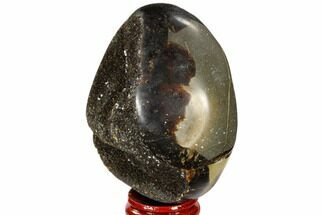 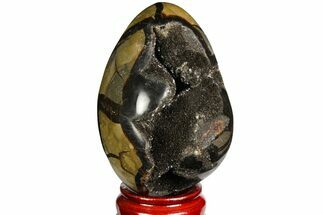 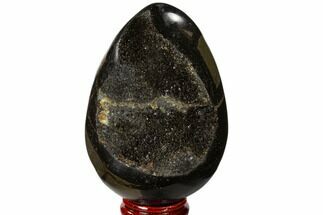 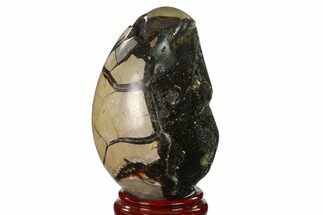 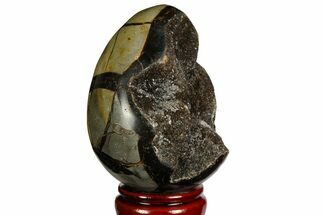 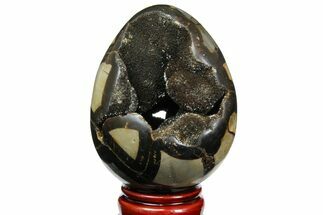