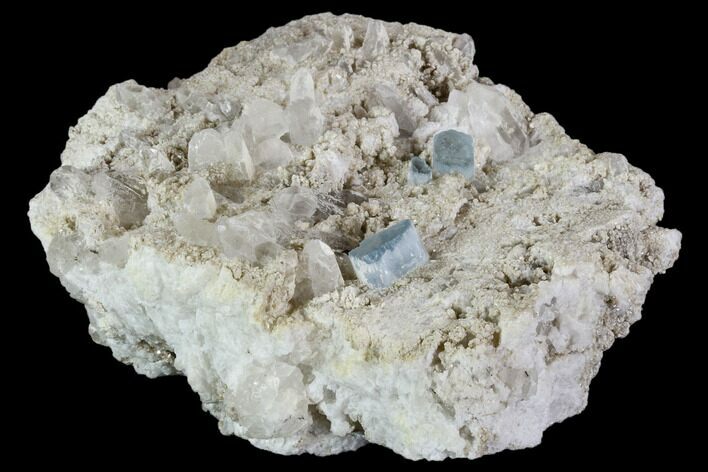 This is a 3.5" wide albite crystal matrix that contains quartz crystals and three aquamarine crystals from Baltistan, Pakistan. The aquamarine has sky-blue coloration towards its termination. A unique characteristic of aquamarine from this location is that it will often fade to a faint magenta color towards its center (beryl var. morganite).

The longest measurement of the largest aquamarine crystal is .4" wide.

Albite is a plagioclase feldspar mineral with the chemical composition Na(AlSi3O8) when in its pure form. It is a major component of granite and granitic pegmatites, and is often found to form in association with quartz, orthoclase, muscovite, hornblende and biotite. In most cases the crystals will be white to colorless, although it has been known to display red, green and blue hues depending on impurities present during formation. Albite earned its name from the Latin word "albus", meaning white (most commonly found color).