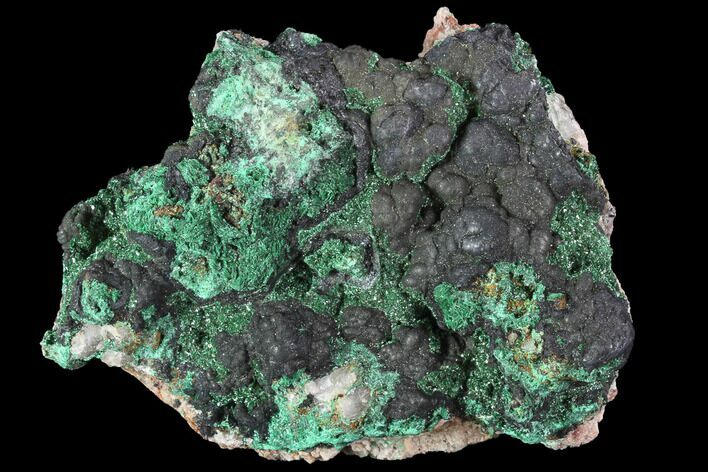 This is a gorgeous specimen of malachite mined in Morocco. This form of malachite is made up of slender prisms of tiny, fibrous needles. These needles merge to create sprays and fans of deep green color. The malachite formed from a limonitic matrix, after bladed barite crystals. An association of goethite can be noted by its black color, as well as quartz remnants scattered throughout the specimen.

Malachite has been prized since ancient times, first as a utilitarian copper ore, then as an ornamental stone. Due to it's value as a decorative stone, it's rarely mined as a copper ore anymore.
FOR SALE
$22
DETAILS
SPECIES
Malachite & Goethite
LOCATION
Morocco
SIZE
3.3" long, 2.5" wide
CATEGORY
Malachite
ITEM
#90717
SHIPPING
Shipping & Return Policy info.