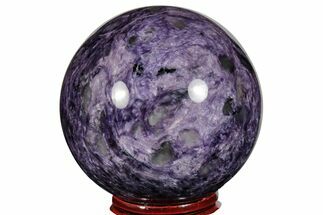 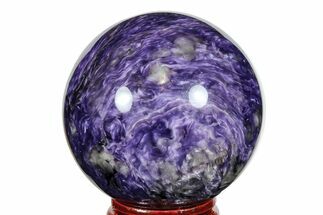 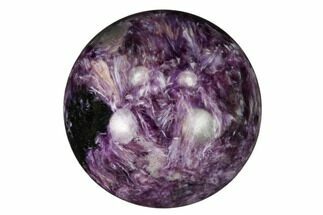 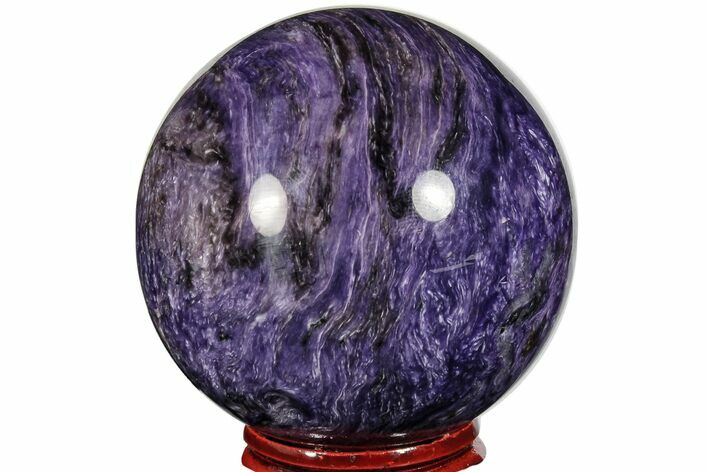 This is a beautiful polished charoite sphere from Siberia, Russia. It measures 2" in diameter and has been polished to a glossy finish. Comes with the pictured display stand. 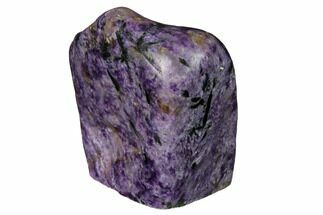 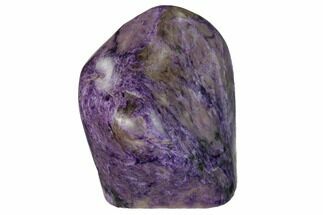 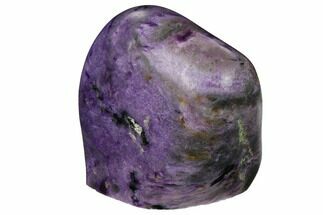 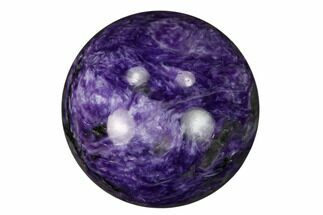 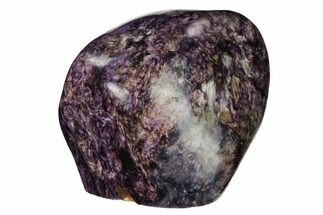 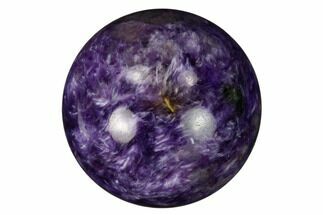 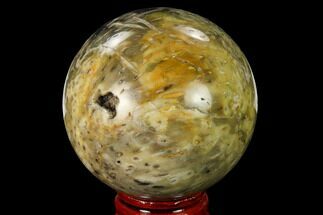 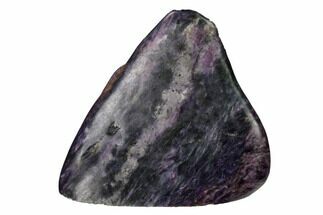