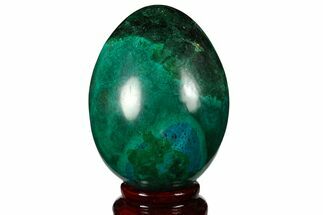 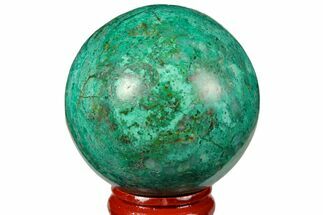 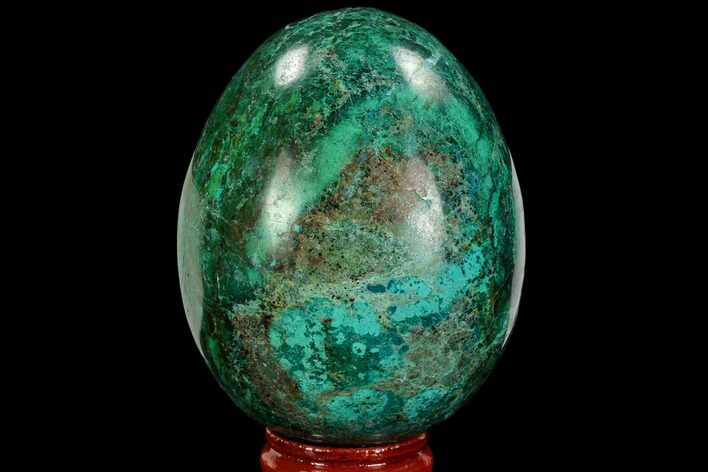 This is a beautiful, hand-polished "egg" that's composed of brilliant blue-green chrysocolla and malachite, collected from Peru. The lapidary work is very nice, and allows for the natural formations of the mineral to be seen. There are small pockets along one side of this egg that contain quartz druze. It makes for a very aesthetic display piece. Comes with pictured display stand. 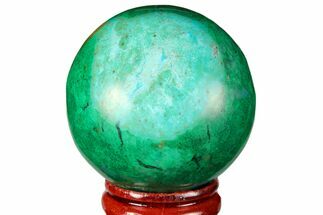 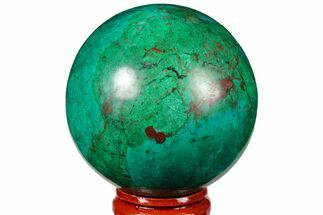 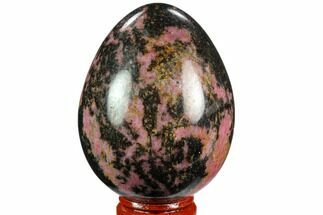 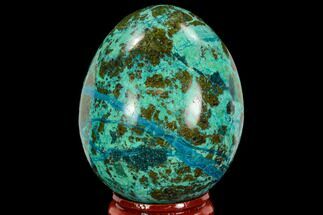