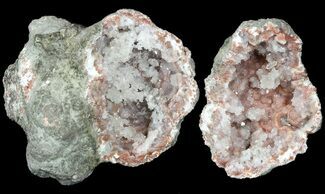 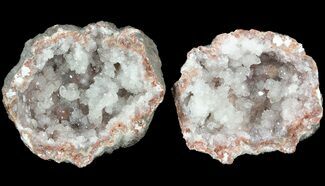 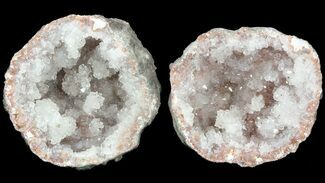 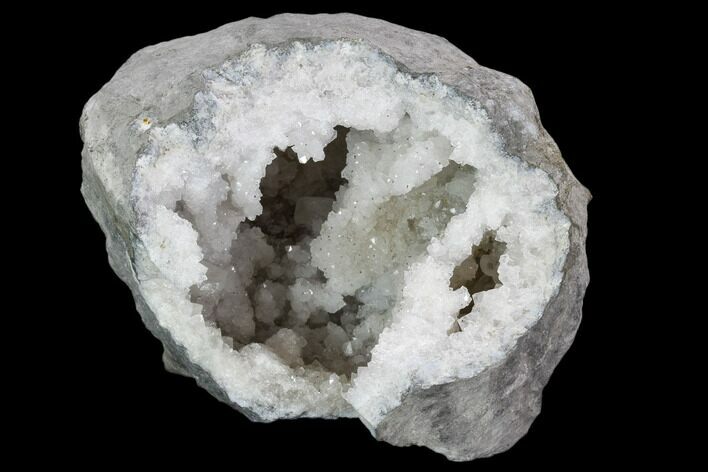 This keokuk geode was collected from road cut Highway 61, 3 miles south of 61 & 16 Junction in Lewis County, Missouri. The interior of the geode is lined with small quartz and calcite crystals.

The area around Keokuk, Iowa is sometimes referred to as “the geode capital of the world. In 1967 they were even named the official state rock of Iowa. Geodes have been collected from the Lower Warsaw Formation within about 100 miles of the city for over 150 years.
How do geodes form?
SOLD
DETAILS
SPECIES
Calcite & Pyrite
LOCATION
Road Cut Highway 61, Lewis County, Missouri
SIZE
2.6" wide
CATEGORY
Geodes
SUB CATEGORY
Keokuk Quartz Geodes
ITEM
#103823
SHIPPING
Shipping & Return Policy info. 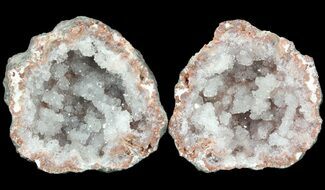 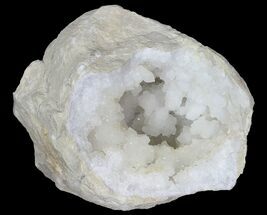 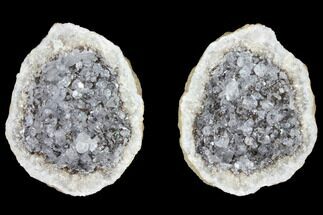 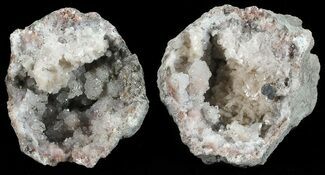 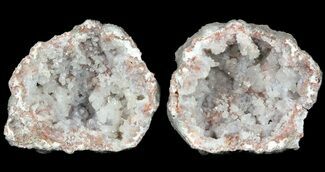