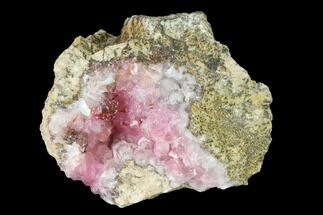 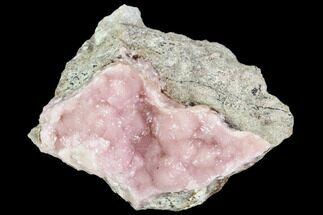 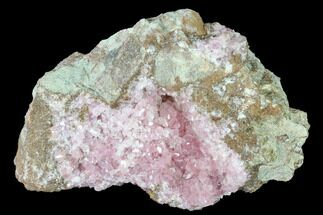 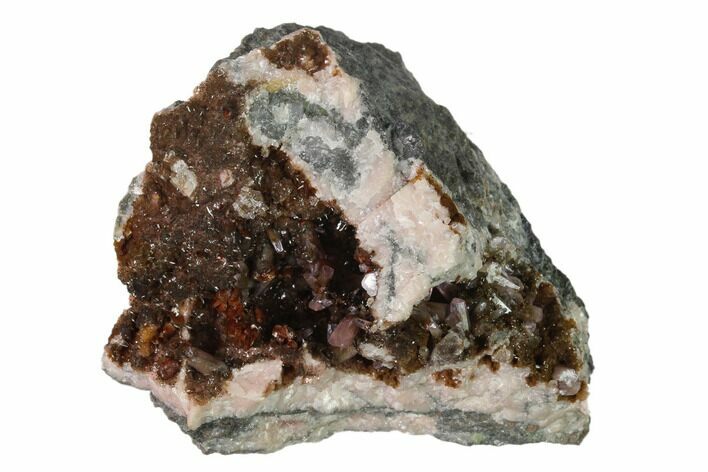 This specimen contains beautiful, light pink cobaltoan calcite crystals on a dolomite rich matrix, from the Aghbar Mine in Morocco. There are brown aggregations scattered across the specimen that are likely either erythrite or barite.

Cobaltoan calcite, also known as cobaltocalcite, is one of many different varieties of calcite, forming with a chemical composition of (Ca,Co)CO3. It crystallizes in a trigonal crystal system and forms rhombohedral or scalenohedral crystals. These crystals tend to display a pink color of which intensity can range anywhere from a pinkish-salmon to a hot pink. 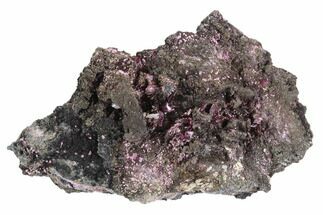 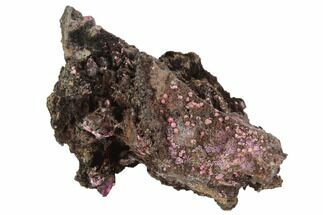 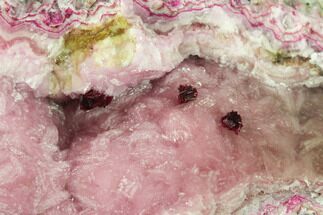 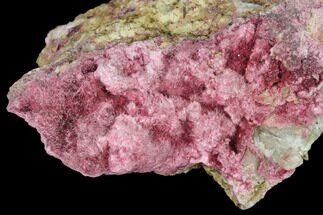 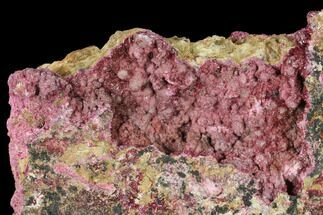