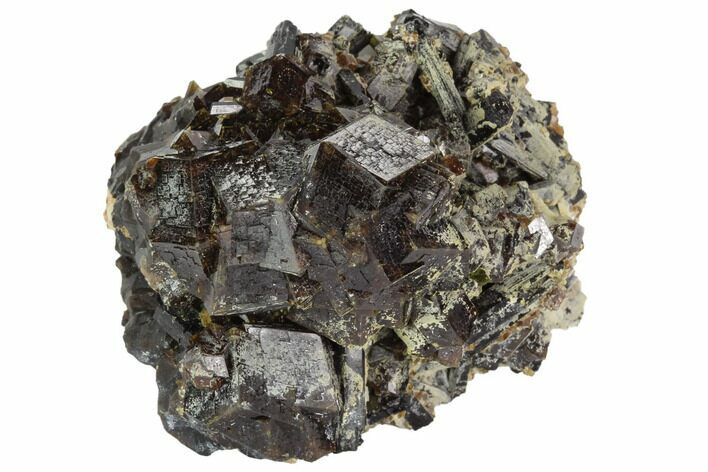 This garnet centered specimen comes from a location in Pakistan, where associations of deep orange/brown garnets, feldspar, golden mica, green epidote, black tourmaline and calcite are typically found. The garnets from this location display a unique pattern, which can be seen along the faces of the crystals when rotated under light. One edge of the specimen contains an aggregation of black tourmaline (schorl) crystals. 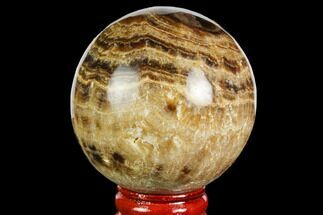 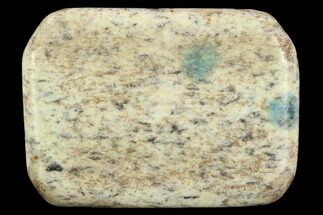 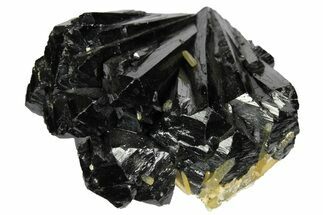