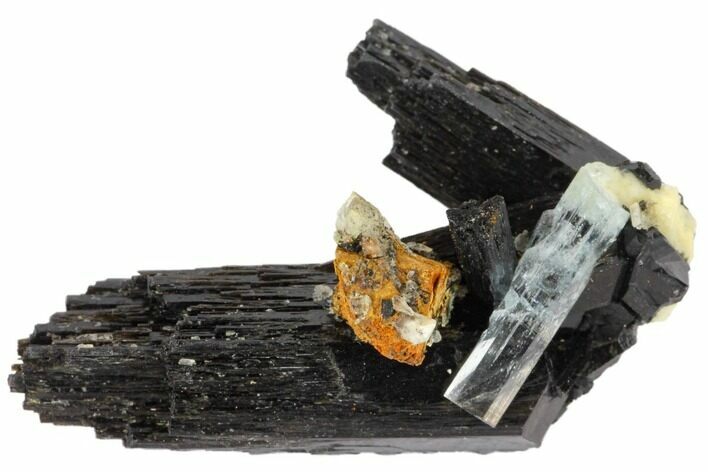 This is a gorgeous specimen that contains an aquamarine crystal on black tourmaline and orthoclase feldspar, collected from the Erongo Mountains in Namibia. The brown mineral on this specimen is a formation of goethite after siderite. This is a truly breathtaking mineral association.

The aquamarine crystal is .55" long. 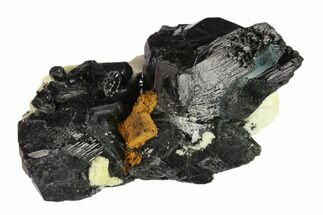 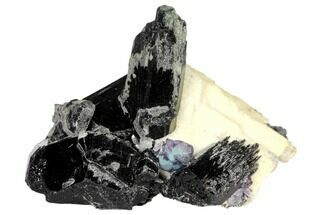