FOSSILERA
MINERALS
FOSSILS FOR SALE
NEW
CRYSTALS
ABOUT
Minerals & Crystals
Polished Rocks & Crystals
Other
Ruby In Zoisite
Ruby Zoisite or Anyolite is a naturally occurring combination of both ruby and zoisite crystals in a single stone. Zoisite provides an earthy green color, while ruby inclusions give the stone pink or red highlights. Ruby in zoisite is a very colorful, ornamental stone, and because it tends to be found in large masses it is also fairly affordable.
Ruby Zoisite Spheres (3)
8 Items ($49 to $95) 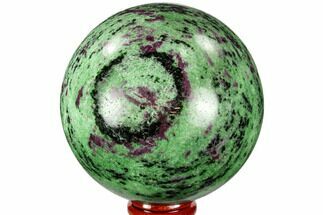 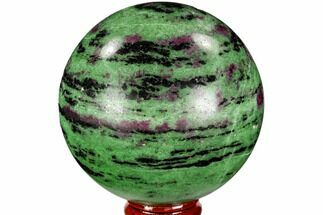 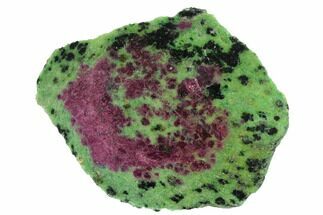 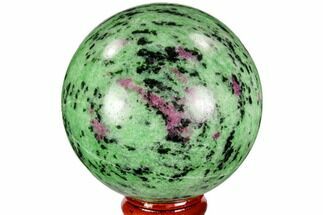 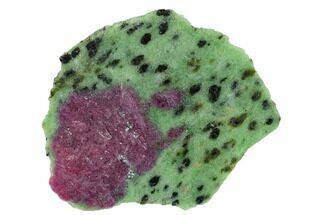 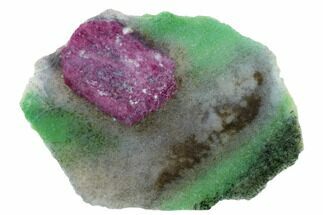 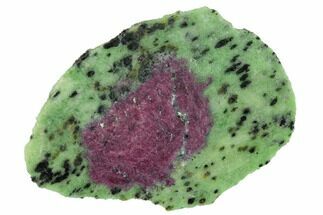 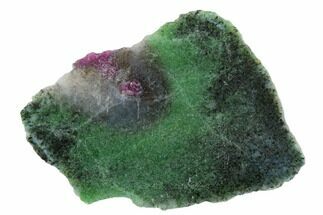 Zoisite, originally known as saualpite is in the the epidote group of minerals. It occurs as prismatic or orthorhombic crystals but also in a massive form, as is the case with Ruby Zoisite. When found as crystals Zoisite may be blue to violet, green, brown, pink, yellow, gray, or colorless but it's typically green to gray in it's massive form.

Is It Real Rubies In Ruby Zoisite?

Where Is Ruby In Zoisite Found?

The Longido mining district in Tanzania is the only source of Ruby Zoisite. It was first discovered there in 1954 by an English prospector who initially thought he had found a vast deposit of rubies.

Ruby In Zoisite Vs Ruby In Fuchsite?

Ruby in zoisite is often confused with rubies in fuchsite. Fuchsite is a bright green variety of muscovite mica which gets it's color from chromium. The two stones can appear quite similar but there are a few key differences. Fuchsite is much softer than Zoisite, where zoisite has a hardness on the Mohs scale of at least 6, it's only 2-3 for fuchsite. The rubies in fuchsite typically have a blue kyanite halo around the rubies while no halo exists for the rubies in zoisite. Ruby in zoisite typically also contains a scattering of black hornblende crystals.

What Is Ruby Zoisite Used For?

Ruby Zoisite is typically polished and used for jewelry or carved into ornamental pieces such as spheres, figurines, small jewelry boxes, etc.

What Are The Dark Streaks In Ruby Zoisite? 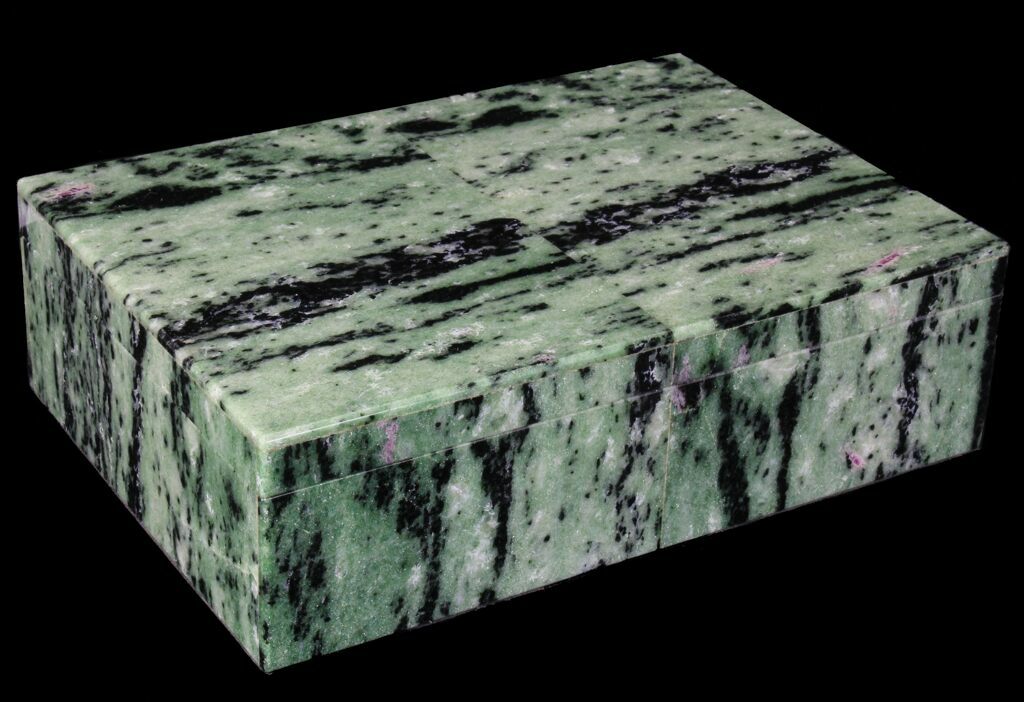