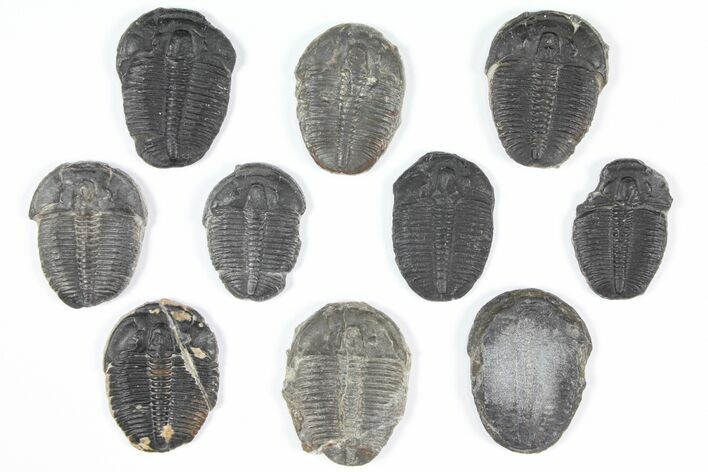 We just launched our new wholesale areas. Check out the wholesale fossils, minerals & crystals section for more listings. Very little of the wholesale inventory that we currently have in stock is listed on the website. If there is something specific you are looking for, or if you are looking to purchase different quantities, please contact us at [email protected] or (866) 550-2013
This is a wholesale lot of 10 small Elrathia trilobites. They were collected from the Wheeler Shale in the House Range of Utah and are approximately 505 million years old. The trilobites themselves average about 1 - 1 1/4" in length.

The Wheeler Shale, a remnant of an ancient embayment where the ocean intruded into Utah, is perched in the strikingly arid and steep terrain of the House Range. Walcott awarded the areas limestone rocks and clay their title, but long before Walcott, Native Americans in the region regarded the trilobites with respect and appreciation. Today there are several commercial quarries operating in the Wheeler Shale including U-Dig where you can dig your own trilobites.
FOR SALE
$80
DETAILS
SPECIES
Elrathia kingii
AGE
Middle Cambrian (505 Million Years) 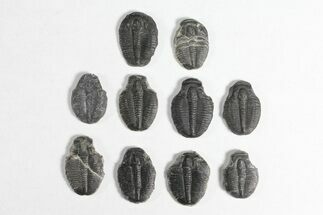 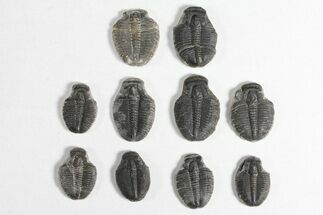 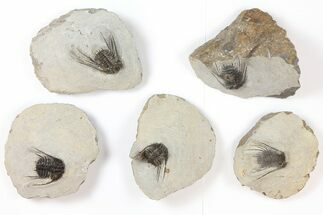 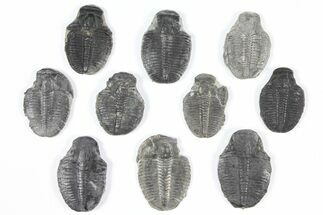