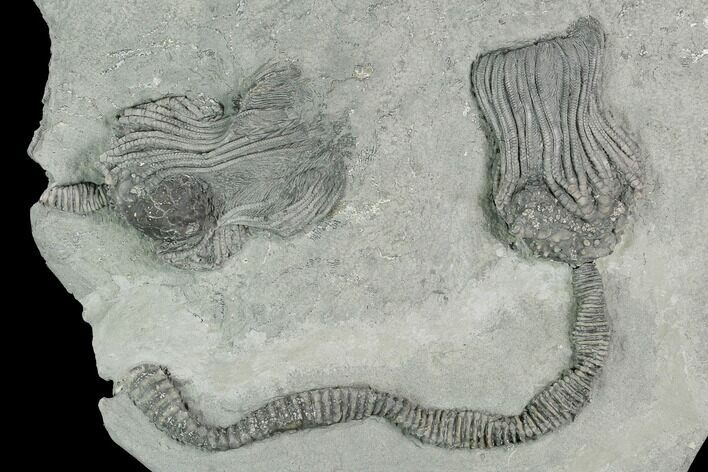 These are two really nice Platycrinites hemisphericus crinoids from the bluff's site near Crawfordsville, Indiana. There is a partially exposed gastropod attached to the crown of one of the crinoids and a fossil coral specimen along one edge of the specimen. The quality of preparation on this fossil is exquisite - using skillful air-abrasion techniques under a stereo microscope.

Comes with a gibson display stand. The longest stem on this specimen is a composite and wasn't naturally associated with the crown when found.