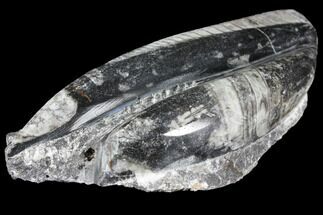 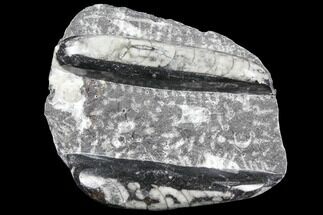 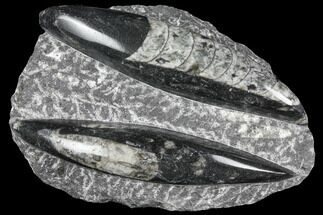 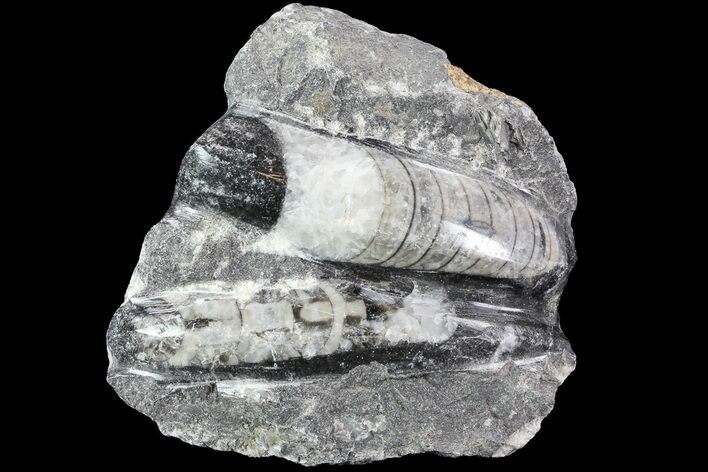 This small specimen contains multiple Orthoceras fossils, which have been polished to reveal their inner segmented chambers. 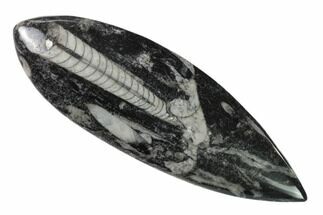 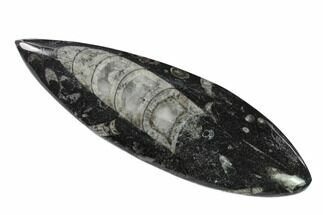 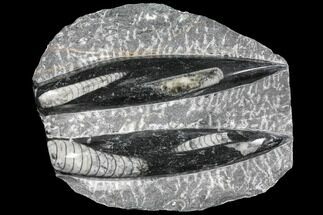 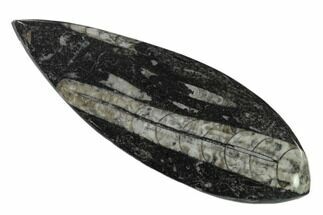 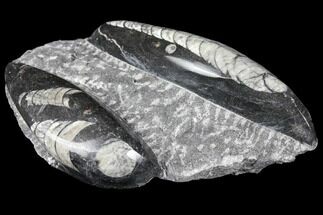 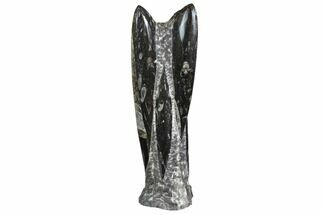