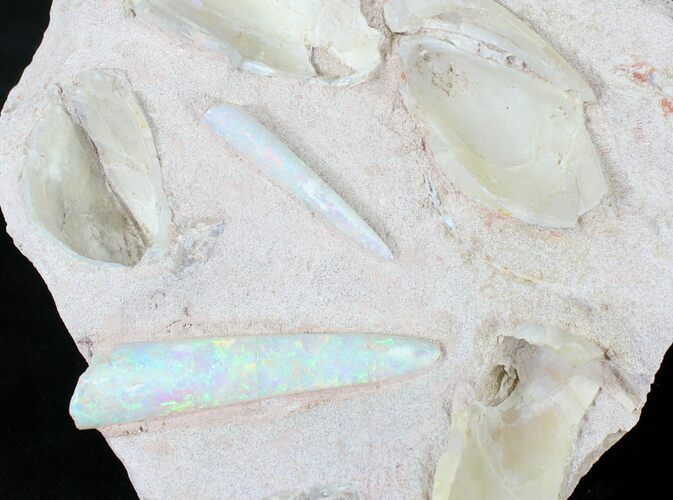 This is one of those fossils that just makes you say, Wow! It's a pair of opal replaced Belemnite (Neohibolites sp.) fossils mined at Coober Pedy, Australia. Coober Pedy is a famous opal mining town in South Australia and the mines have occasionally produced opal replaced fossils in the past. The mines are no longer active as the extraction of opal is no longer economical, so these fossils are becoming extremely rare.

Both of the Belemnites are replaced by gem quality opal and have been remounted on matrix from the same location which contains three opalized clam fossils. The color of this opal shines brilliantly when hit by light from various angles. These fossils are Early Cretaceous in age, or approximately 135 million years old.

Belemnites are probably the most well known extinct cephalopod after the ammonites. They lived during the Jurassic and Cretaceous periods and are fairly common fossils found throughout the world. They had a hard, internal, cone shaped structure that is often preserved as a fossil though it is not technically a shell. They had 10 arms but unlike modern squid these arms had small hooks instead of suckers 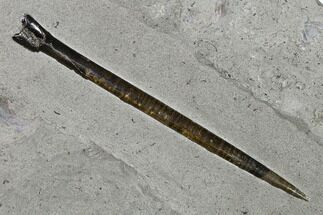