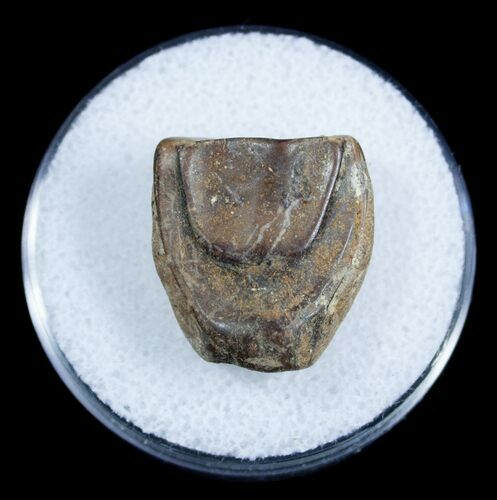 This is a nice shed tooth from the dinosaur, Triceratops horridus, one of the most recognizable of the dinosaurs. Dinosaurs like Triceratops had a massive battery of teeth in their mouth that they used to grind the tough vegetation which they ate. As teeth became worn, they shed them and new teeth grew into place. This tooth comes from the Hell Creek Formation of Montana, and is better preserved than most shed teeth.

It comes in an acrylic display case.