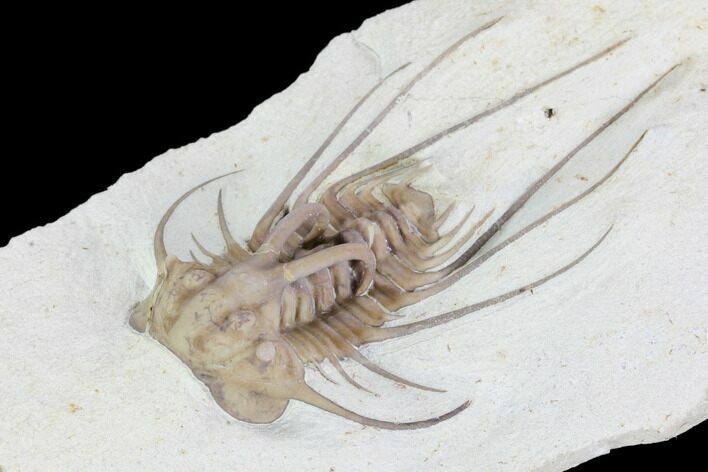 This 3.25" long this specimen is very large for the species, in fact the largest, nice specimen that I've seen come out of the quarry in a few years. The horns have been prepared free standing and the shell preservation is beautiful.