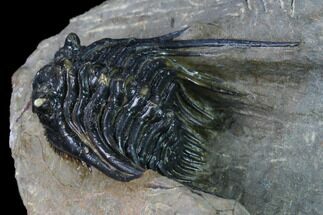 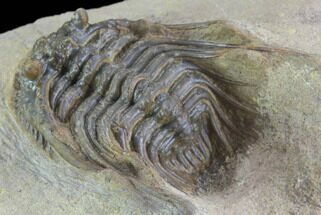 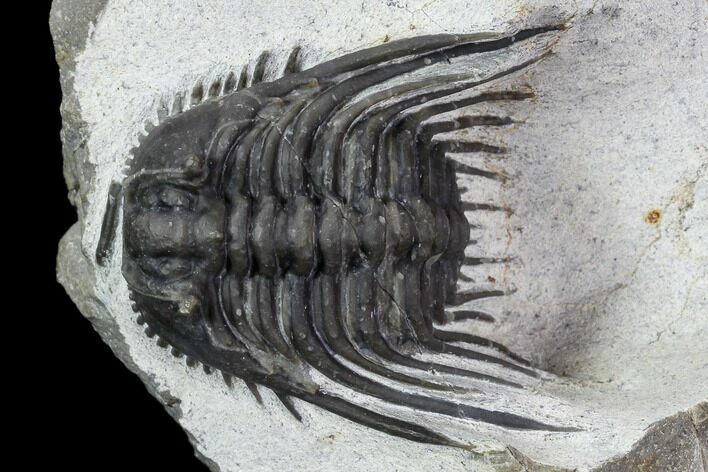 This is a large, detailed, 1.45" long Leonaspis from Morocco. Nice shell preservation and preparation. There is a tiny tip of disarticulation between the thorax and tail but no restoration on this specimen. 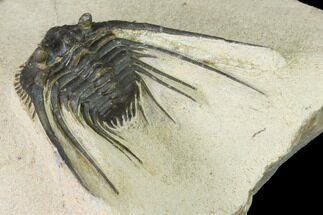 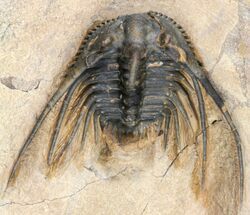 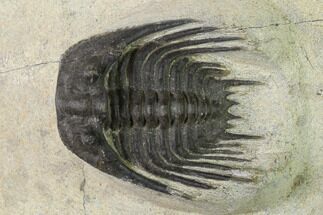