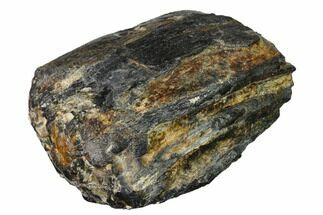 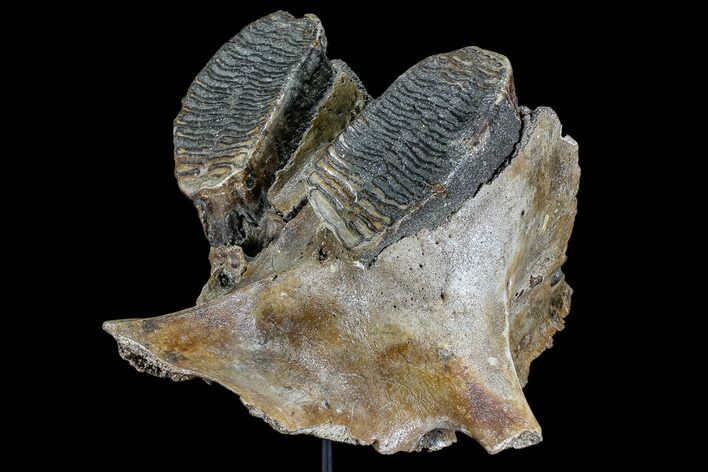 This beautiful fossil is a partial upper jaw and skull section of a juvenile Woolly Mammoth (Mammuthus primegenius) from the North Sea Deposits and is between 20 and 50 thousand years old. This amazing example is the maxilla (Upper Jaw) with M2 molars locked in position. Features such as the terminal end of the orbital, sutures of the palate are clearly visible. The teeth show wear from use and the prisms (hard enamel structures), dentine and cementum are all visible.

Comes with the custom display stand in the photos.

The Woolly Mammoth (Mammuthus primegenius) is the iconic Pleistocene animal. They had long hair, tusks that extended up to 9 feet, and stood about 12 feet tall. They ranged across the northern hemisphere and were one of the most abundant Pleistocene creatures.

These Pleistocene fossils are dredged up by fishing trawlers in the the North Sea between Britain and Denmark. Fishermen routinely find mammoth teeth and many ice aged fossils in their nets and given the chance that a fossil is accidentally gathered in a net is slim the sea floor is probably littered with the remains of millions of animals. The cold temperatures and low oxygen environment of the North Sea has aided in the preservation of these teeth and bones.

While these fossils have been pulled up in nets for more than a century, they were frequently discarded. It wasn't until the past two decades that this material has begun to be systematically collected and studied. By recording the locations of their finds and allowing scientists to make observations before the more common material is made available, much has been learned about the fauna that once roamed the land that now lies 30 to 150 feet below the North Sea waters.

You can read more information about this at the following link. 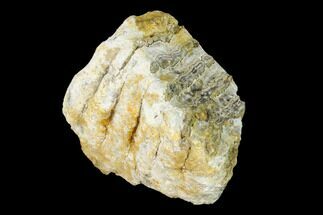