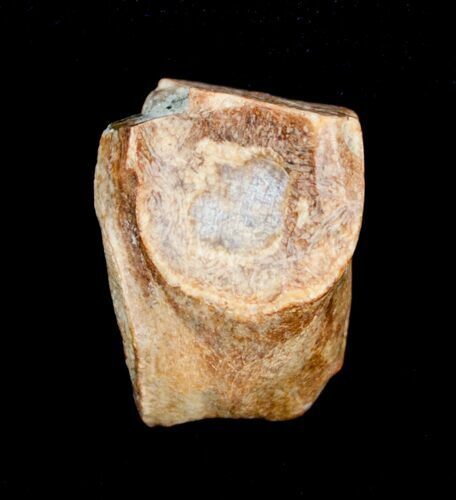 Artists reconstruction of Centrosaurus. By Nobu Tamura - Creative Commons License
is a shed tooth from the Ceratopsian dinosaur Centrosaurus apertus. It comes from the Two Medicine Formation (Judith River Group) of central Montana. It's a shed tooth mean that it was shed during the animals lifetime as it became worn. You can clearly see that this tooth looks worn due to feeding on tough plant material.

Centrosaurus would have had a very similar look to the more recent Triceratops. They had massive bodies and stocky limbs, although at up to 18–20 ft they were not particularly large dinosaurs. Centrosaurus bore single large horns over their noses. These horns curved forwards or backwards depending on the specimen. Skull ornamentation was reduced as animals aged.
About Dinosaur Teeth
SOLD
DETAILS
SPECIES
Centrosaurus apertus
AGE
Late Cretaceous (~74 Million Years) 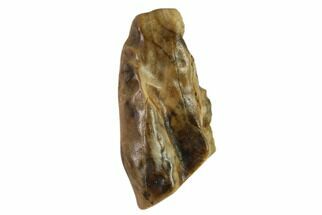