Fossils
Reptile, Amphibians & Synapsids
Turtles
HERE ARE SOME OTHER SIMILAR FOSSILS FOR SALE 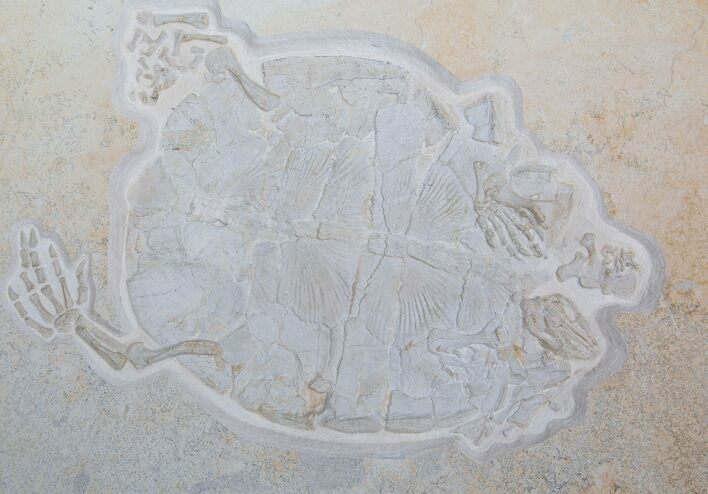 This is an incredibly rare, complete fossil turtle (Eurysternum sp.) from the Upper Jurassic Solnhofen, Limestone of Germany. It measures 19.5" long and is nicely centered on a solid, 32 x 28" slab of limestone. It's preserved ventrally and is one of the best fossil turtles I've seen available from these quarries.

The back-right foot has been restored along with one edge of the skull and a spot near the cloaca. The last photo in the series shows the areas of restoration.