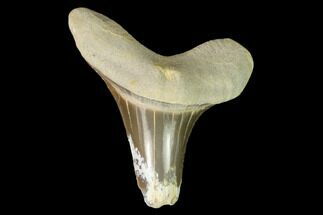 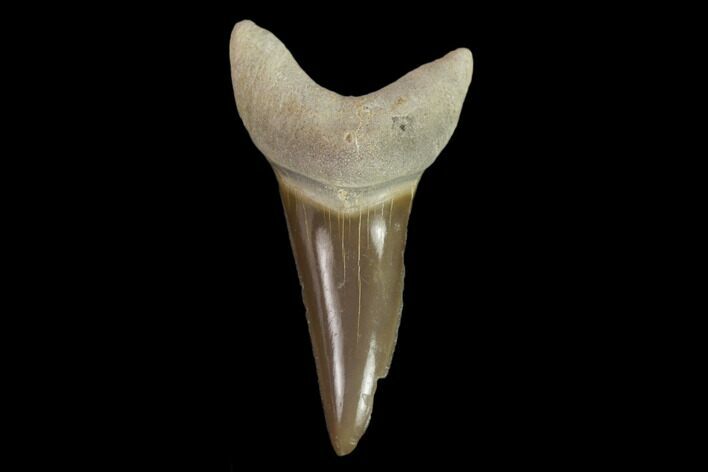 This is a .98" fossil tooth of the shark (Cretoxyrhina). It is Late Cretaceous in age and comes from the Smoky Hill Chalk in Gove County, Kansas. Comes with an acrylic display case. 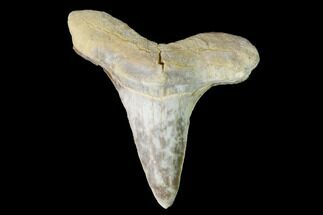 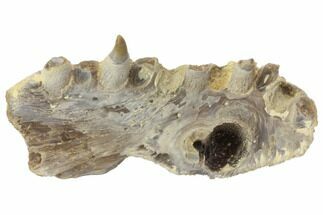