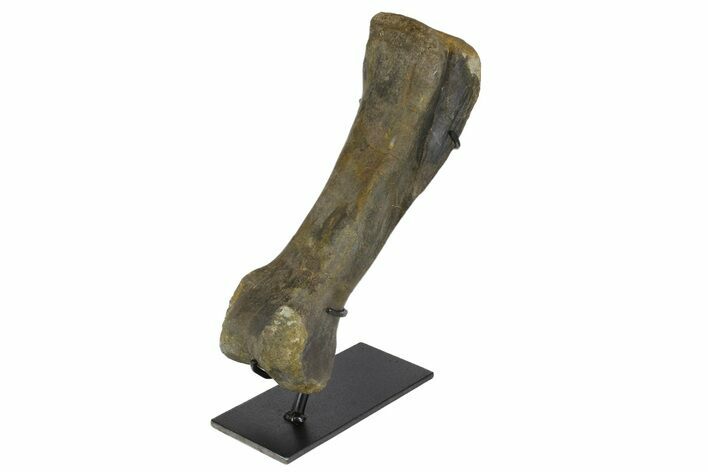 This is a beautifully preserved, 11.2" long Hadrosaur (Hypacrosaurus sp.) metatarsal (foot bone) from the Two Medicine Formation of Montana. It was collected this last summer and has been nicely prepared from the hard rock surrounding it. There are multiple repaired cracks through the diaphysis of this bone, two of which run through the bone completely, while others are a result of fragmentation of the cortical bone. The majority of restoration on this specimen is in the form of gap fill through these repaired cracks, though there is also restoration at the proximal end of the bone where it articulated with the fibula/tibia. The bone is weathered along both the proximal and distal points of articulation.