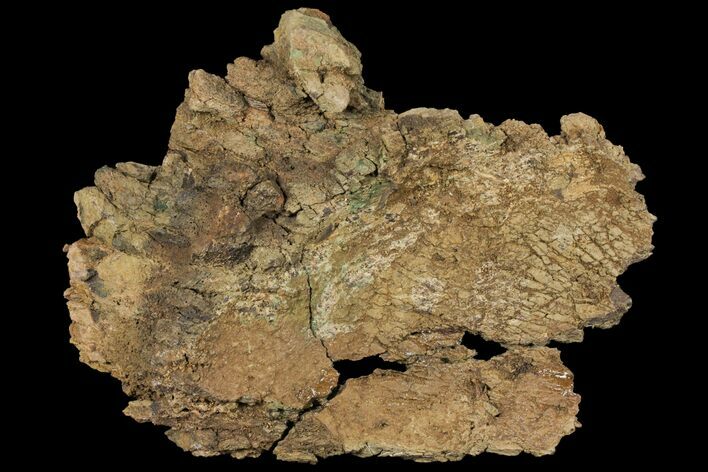 This is a 9.3" fossil Triceratops frill section, from the Hell Creek Formation near Bowman, North Dakota. There are several crack repairs that have been stabilized with glue, resulting in this specimen being quite brittle. This is a perfect specimen for both preparation or display purposes. 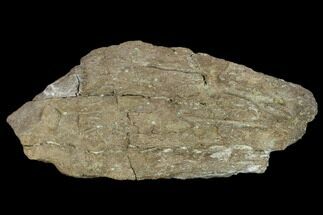