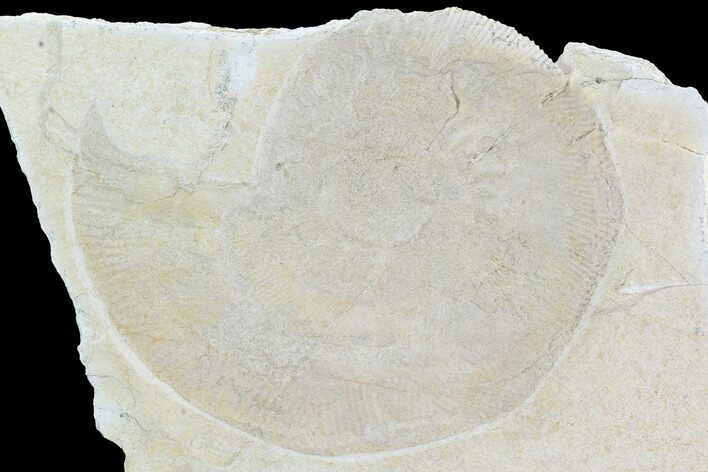 This is a 8" wide fossil ammonite (Subplanites) from the Upper Jurassic Solnhofen Limestone of Germany. It's nicely centered on a beautiful slab of limestone and comes with a display stand. There is one repaired crack running through the center of the rock.