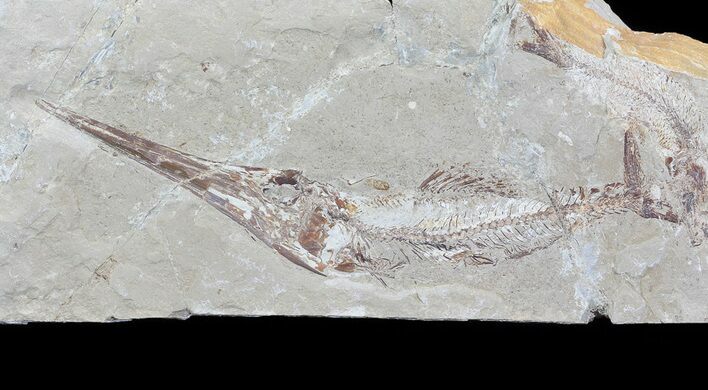 This is a rare, predatory fish (Apateopholis laniatus) from the Upper Cretaceous marine deposits near Hakel, Lebanon. It is 8.3" in length and there is a song fossil fish just behind it's tail. Apateopholis has an elongated head, with long jaws full of small teeth forming what almost looks like a beak. These long jaws might have been quite effected at side-slashing to capture prey.

It is located on a 10x4.1" slab of limestone which has several repaired cracks in it and comes with an acrylic display stand.