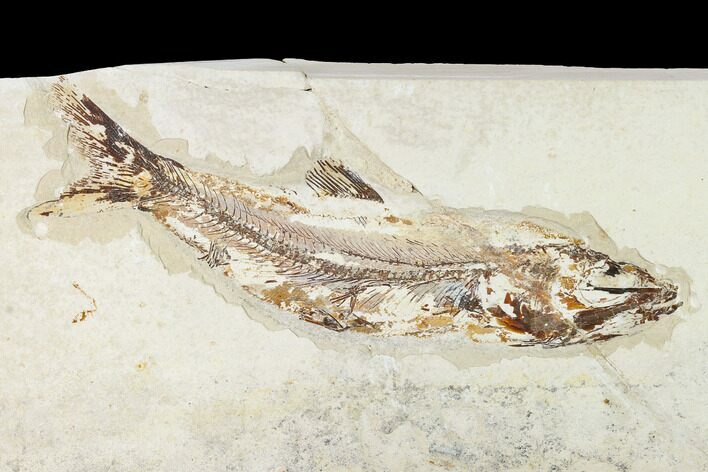 This is a beautifully preserved specimen of a rare Hakelia fish from the Upper Cretaceous marine deposits near Hakel, Lebanon. It's 7.3 inches in length and shows great bone and fin structure. It's located on a thick slab of limestone that has a repaired crack that runs through it. This crack runs through the head of the fish, requiring some gap fill restoration.