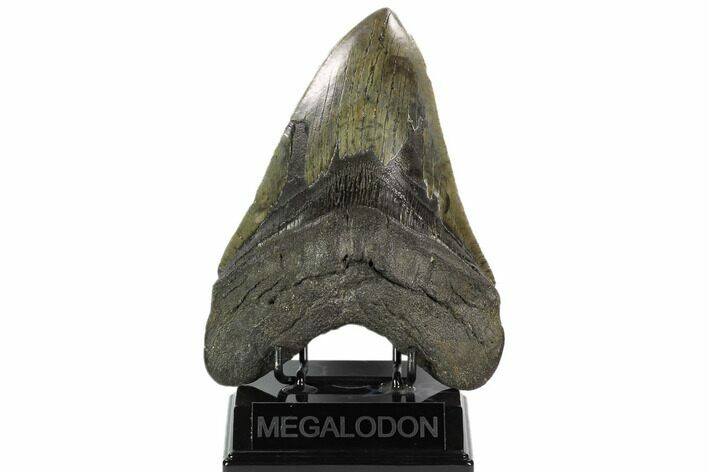 This Megalodon tooth is a true monster at an astounding 6.70" long (actually 6.696" to be precise). We've only had one other tooth this large for sale. This would have come from a supersized Megalodon shark, in the 50+ foot size range. Overall the tooth is in great shape with just a few enamel peels. The serrations are a bit worn but nearly all are still present and the tooth has a good tip to it.

A tooth like this is an incredibly rare find. 6"+ teeth are considered rare and they get exponentially harder to find (and more valuable) with small increases in size. A 6.7" tooth is around a hundred times more rare than a 6" tooth. A tooth of this size would be considered a once in a lifetime find by many professional Megalodon tooth divers.

Like basically all the Megalodon teeth we sell this one has NO REPAIR OR RESTORATION.