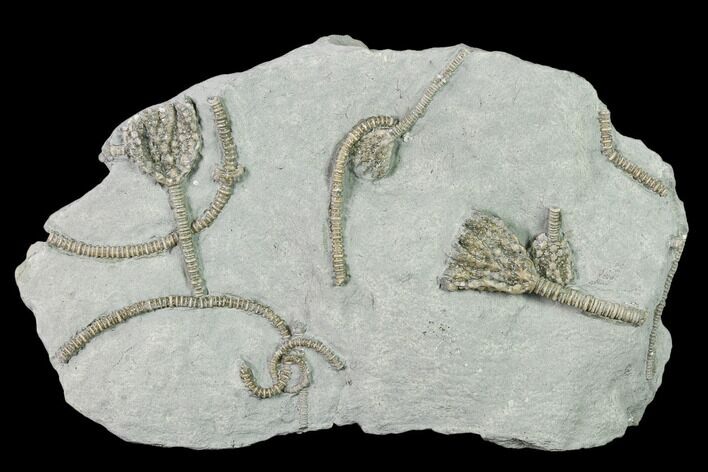 This is a wonderfully preserved, 5" wide plate of of Glyptocrinus decadactylus crinoids from the Fairmont Formation near Maysville, Kentucky. It has been meticulously prepared under microscope using air abrasives to expose the surface detail of the fossils. There are multiple Glyptocrinus crinoid fossils on this plate, with the largest measuring 1.5" long (including stem).

Crinoids, sometimes commonly referred to as sea lilies, are animals, not plants. They are echinoderms related to starfish, sea urchins, and brittle stars. Many crinoid traits are like other members of their phylum; such traits include tube feet, radial symmetry, a water vascular system, and appendages in multiples of five (pentameral). They first appeared in the Ordovician (488 million years ago) and some species are still alive today.
About Crinoids
SOLD
DETAILS
SPECIES
Glyptocrinus decadactylus
AGE
Ordovician 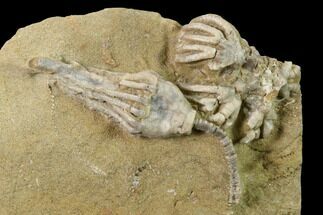 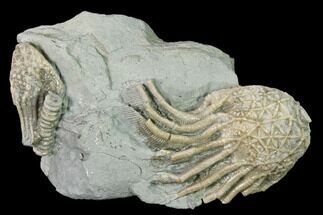 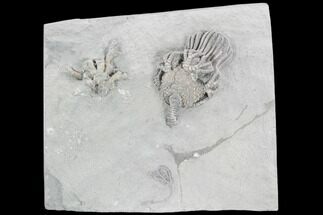