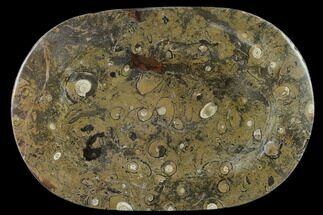 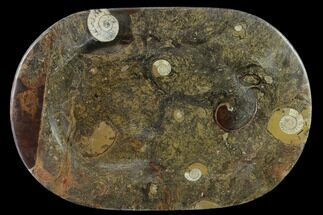 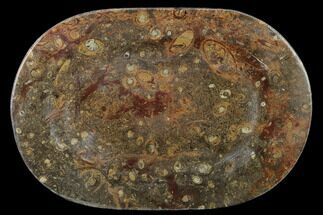 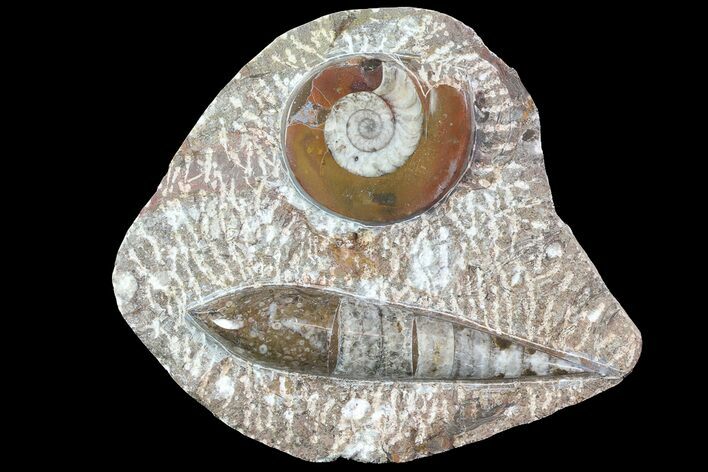 This is a cool display piece featured a 400 million year old fossil Goniatites and Orthoceras. They are quarried from the limestones in the Atlas Mountains near Erfoud, Morocco. The fossil have been polished and mounted on an aesthetically shaped piece of limestone for display. The fossils and the rock they are mounted on all comes from the same locality.

Goniatites possessed a shell which was divided internally into chambers filled with gas for buoyancy. An open chamber at the front of the shell provided living space for the animal. The general morphology and habit of goniatites was probably similar to that of their later relatives the ammonites, being free swimming and possessing a head with two well developed eyes and arms.

While orthoceras is the common name for these cephalopods, there are actually several different genus including Michelinoceras and Arionoceras found in association. Unless you are one of the world's leading experts on fossil cephalopods you probably won't be able to tell them apart.
SOLD
DETAILS
SPECIES
Goniatite sp. & Orthoceras regulares
AGE
Devonian (400 million years old) 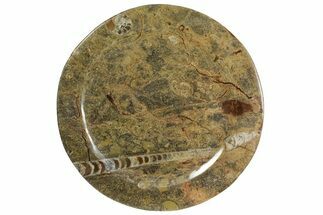 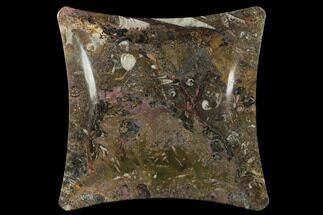 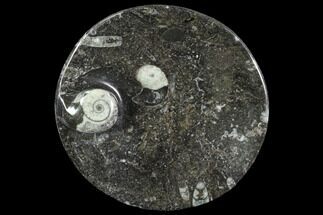 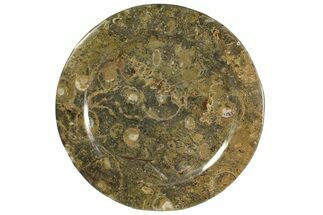 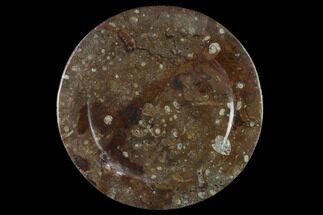 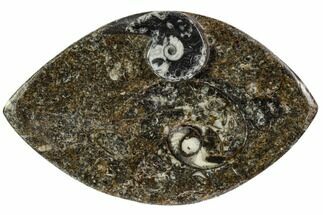