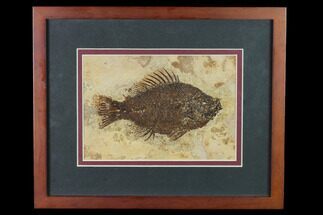 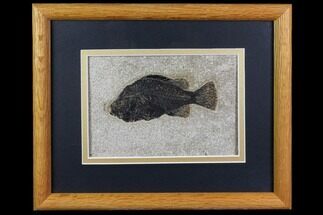 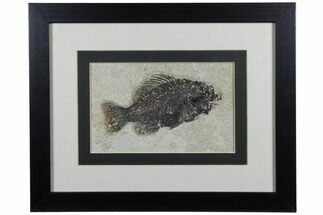 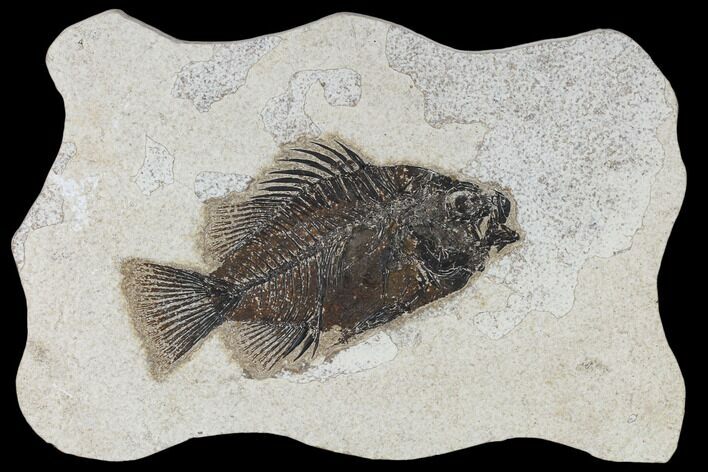 This is an 5.5" long Cockerellites (Priscacara) liops from the 18 Inch Layer, Green River Formation of Wyoming. It is very well preserved and shows bones and fin rays. Under magnification overlapping scales can be seen. This example is nicely centered on the limestone and mounted on plywood with a strap hanger for easy hanging. 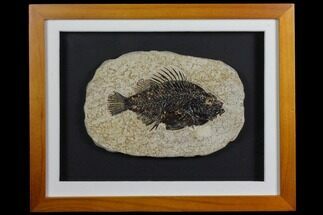