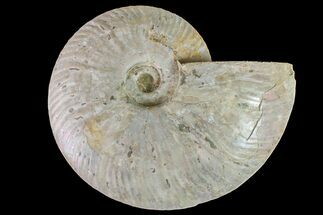 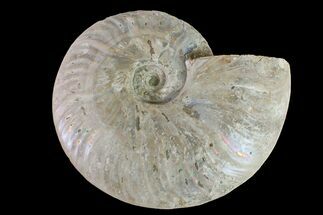 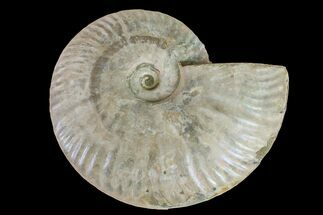 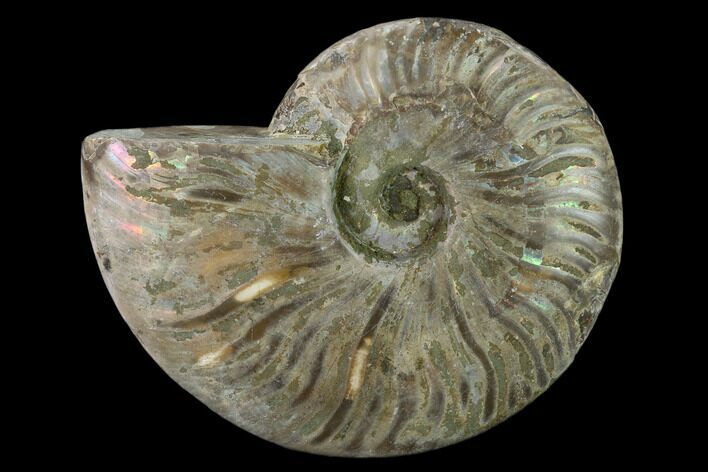 Here's a beautiful silver iridescent ammonite fossil quarried near Mahajanga Province, Madagascar. It is of the genus Cleoniceras which inhabited the shallow seas approximately 110 million years ago. If you catch it in the right light or particularly if it is wet, the fossil shines with a brilliant iridescence. It comes with an acrylic display stand.

Artists reconstruction of an ammonite. By Nobu Tamura 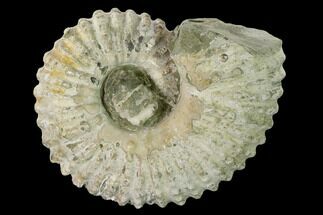 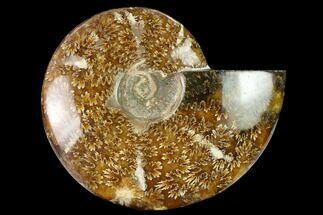 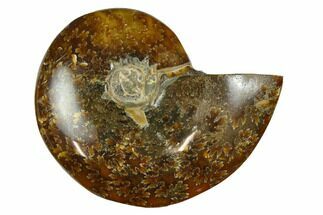 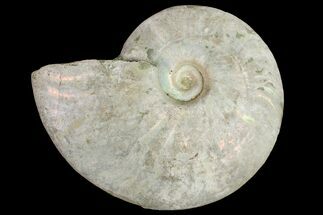 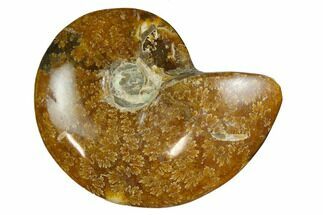 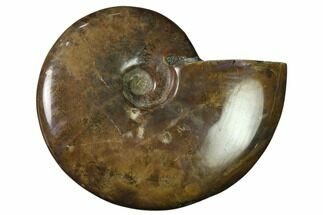