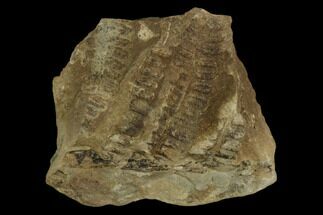 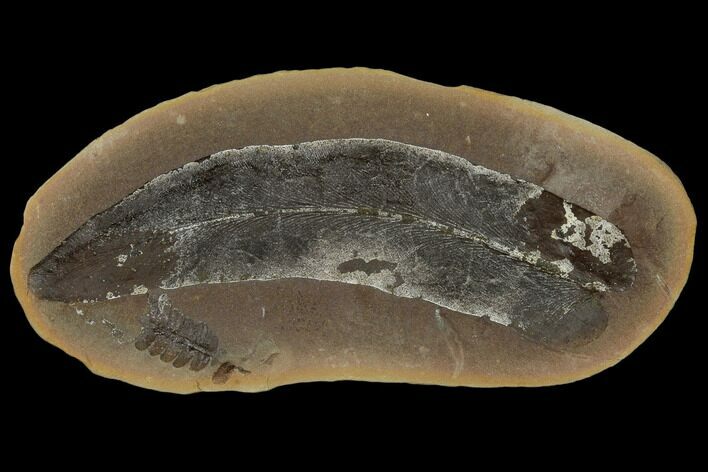 This is a nicely defined, 5.2", fossil fern (Macroneuropteris) leaflet from the Carbondale Formation, Coal City, Illinois. It is preserved inside an ironstone nodule associated with the famous Mazon Creek Lagerstätte. In addition to Macroneuropteris, a pinnule (branch of leaflets) of Oligocarpia is also present. 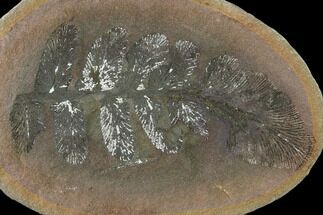 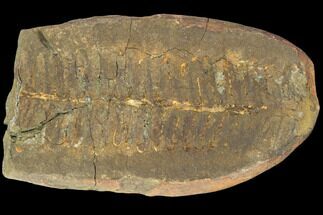 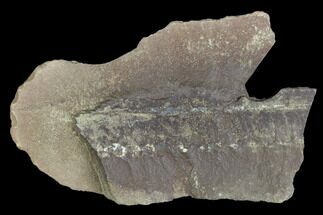