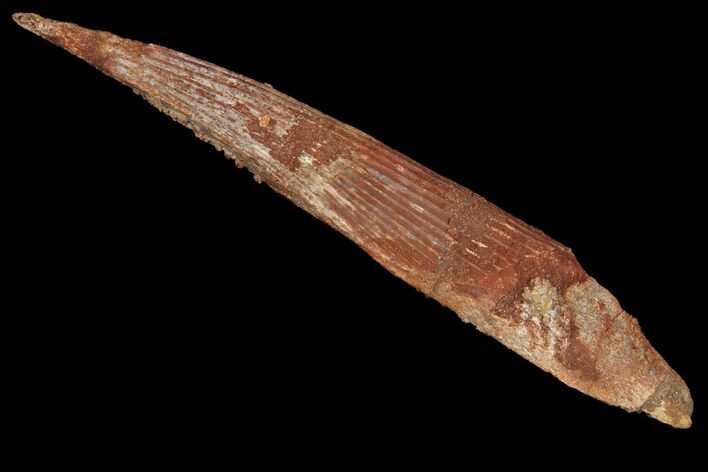 This is an 5.0" fossil, dorsal spine of a shark (Hybodus) from the Kem Kem Basin, Taouz, Morocco. This specimen has substrate (the rock it was fossilized in) on one side obscuring the longitudinal ridges. There are two repaired cracks in the spine with some crack fill. 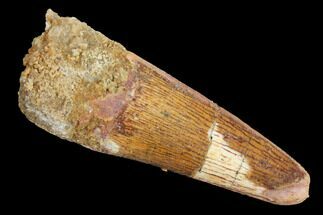 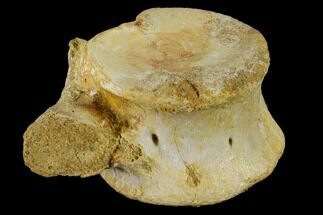 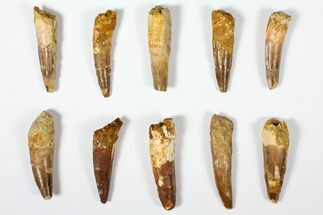 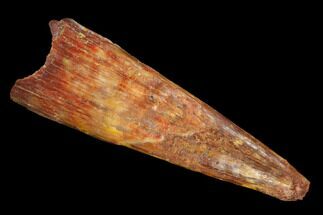