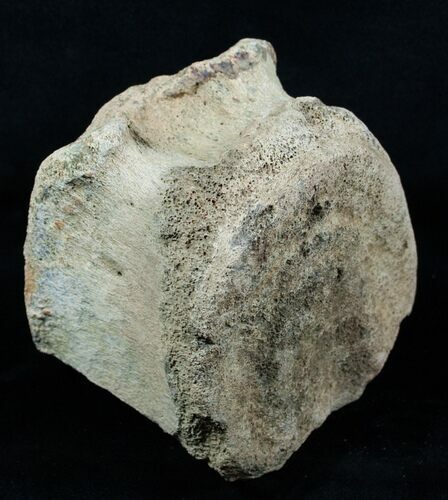 This is a partial vertebra from one of the most recognizable dinosaurs Triceratops horridus. It's approximately 3 inches thick, 4.2 inches tall and is very solid and heavy. It comes from the Hell Creek Formation in Montana which is approximately 66 million years old. This was a surface find and there are no repairs or restoration.