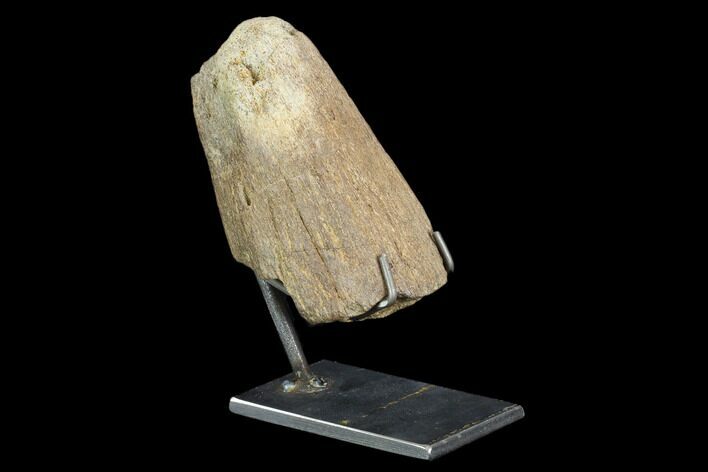 This is a 4.7" fossil Triceratops brow horn tip from the Lance Creek Formation near Lance Creek, Wyoming, making it about 66 million years old. It is in very good condition and would have come from a very large horn. It comes with a custom metal display stand.