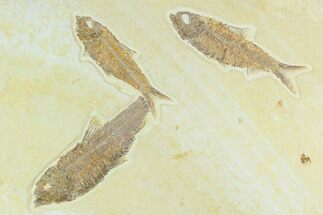 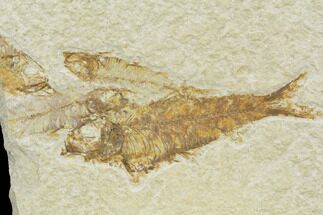 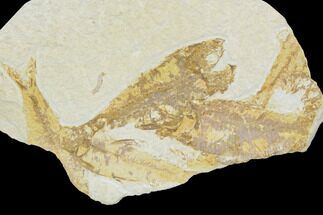 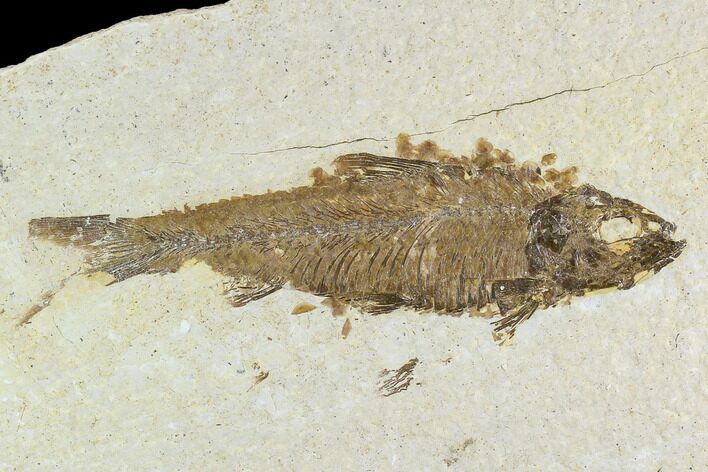 This is a 4.6" fossil Fish (Knightia) from the Green River Formation, Wyoming. This very nice specimen has visible scales, bone structure, and fins. This specimen has a filled crack on the reverse side. This is done to stabilize the fossil.

The end of the Eocene was dramatically different with the onset of icehouse climate characteristics, a change in atmospheric chemistry, and possible bolide impacts. The Green River fossils date about 48 mya, but cover several million years, including the transition between the moist early Eocene climate and the slightly drier mid-Eocene.
SOLD
DETAILS
SPECIES
Knightia eocaena
AGE
Eocene (~48 million years) 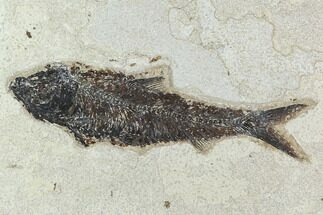 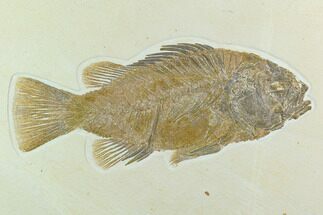