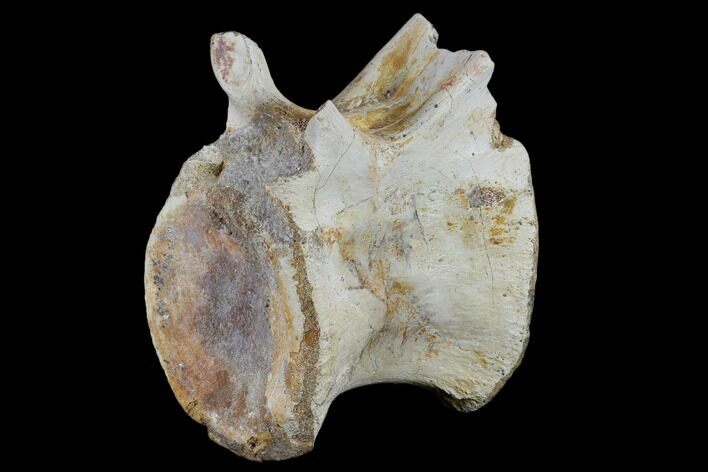 This is a 4.1" fossil caudal (tail) vertebra of Spinosaurus from Morocco. This is the centrum and vertebral arch including the transverse processes on one side. The bone is in very good condition with some wear to the cortical rim (edge of the centrum disk) of both ends. This is a very nice specimen. 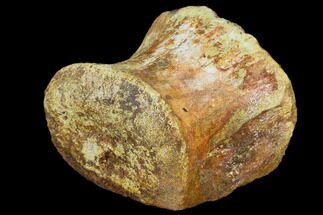