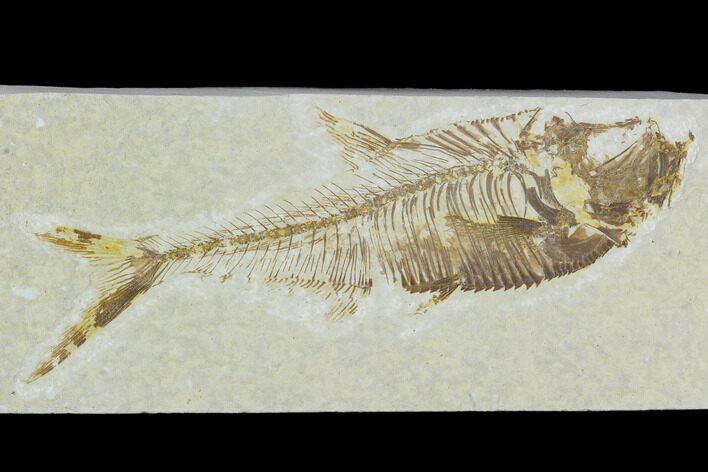 This is a 3.8" fossil fish (Diplomystus) from the Green River Formation near Kemmerer, Wyoming. The bones and fin rays are easily visible on this fish.