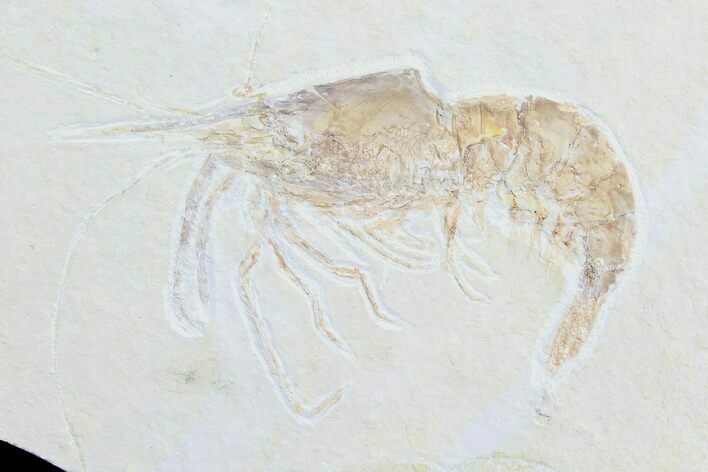 This is an very nicely preserved fossil shrimp (Aeger tipularius) from the 155 million year old Solnhofen Limestone of Germany. Not including the long antennae it's 3.4" long and would be over 4" if the tail wasn't tucked. 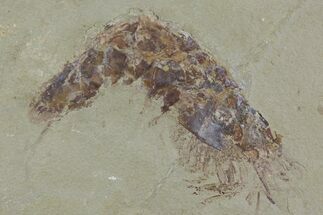