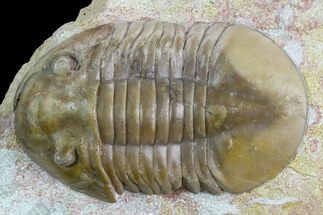 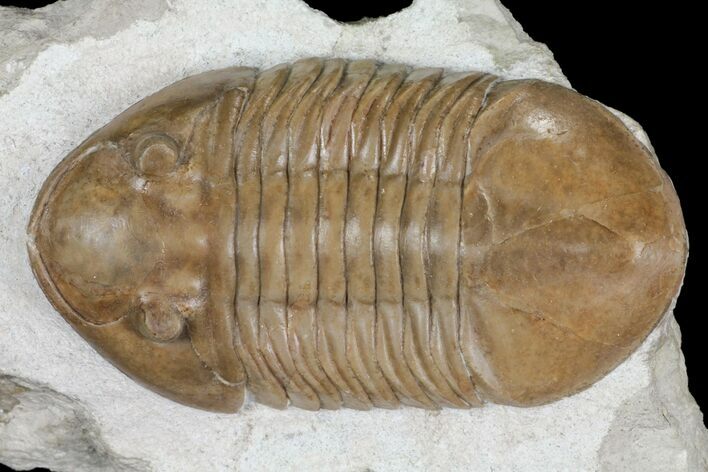 This is a top quality example of one of less often seen species of Russian asaphid trilobites, Asaphus raniceps. it comes from the Lower Ordovician, Kunda Horizen near the Volkhov River. This example is absolutely stunning and good sized at 3.35" long. It's very 3D and has very little shell restoration, mostly just some minimal crack fill in between the fractures in the shell.

Trilobites were a very diverse group of extinct marine arthropods. They first appeared in the fossil record in the Early Cambrian (521 million years ago) and went extinct during the Permian mass extinction (250 million years ago). They were one of the most successful of the early animals on our planet with over 25k described species, filling nearly every evolutionary niche. Due in large part to a hard exoskeleton (shell), they left a excellent fossil record.
More About Trilobites
SOLD
DETAILS
SPECIES
Asaphus raniceps
AGE
Lower Ordovician 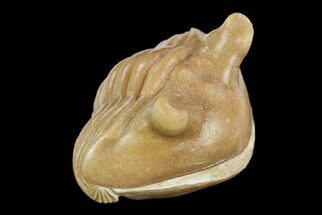 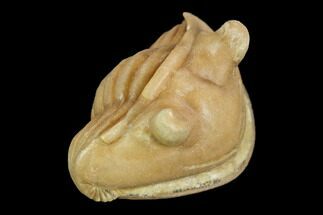