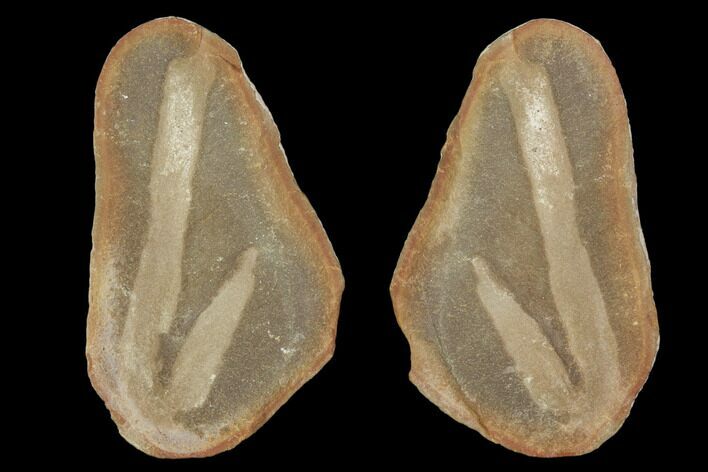 This is a nicely defined fossil worm (Archisymplectes rhothon), preserved inside an ironstone nodule that has been split open. It comes from the famous Mazon Creek Lagerstätte. These ironstone nodules have been collected for decades from the spoil heaps of abandoned coil mines near Coal City, Illinois. Both sides of the nodule are included.

Archisymplectes rhothon worms are known for their small diameter and featureless bodies. Typically they show up as nothing more than a color change within a concretion. Their bodies are usually preserved tied up and knotted like a ribbon. They had a probiscus that was about half the diameter of their body. As a carnivorous worm, they likely fed on annelids, clams and crustaceans, and preferred hiding in mud.