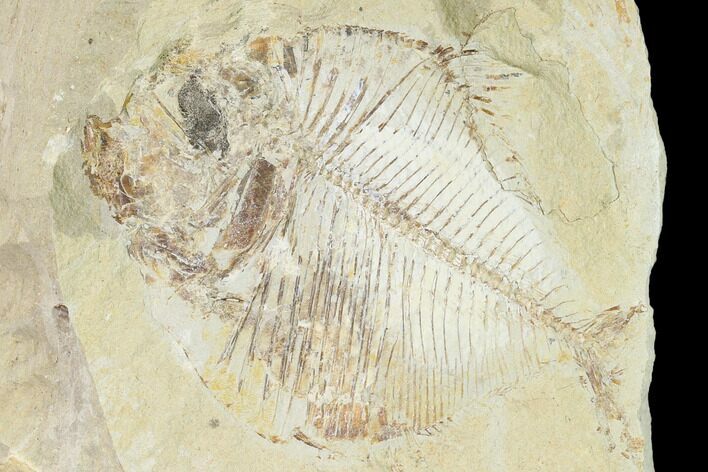 This is a 3.1" long fossil fish (Diplomystus birdi) from the Upper Cretaceous, marine deposits near Hjoula, Lebanon. There is a repaired crack through the limestone and fossil. Comes with an acrylic display stand.

Interestingly, Diplomystus is the same genus as one of the most common fish found in the Eocene aged Green River Formation of Wyoming. This one being a marine species and the other lived in a lake.

A photo of one of the quarries at Hjoula, Lebanon
SOLD
DETAILS
SPECIES
Diplomystus birdi
AGE
Upper Cretaceous (~94 Million Years)