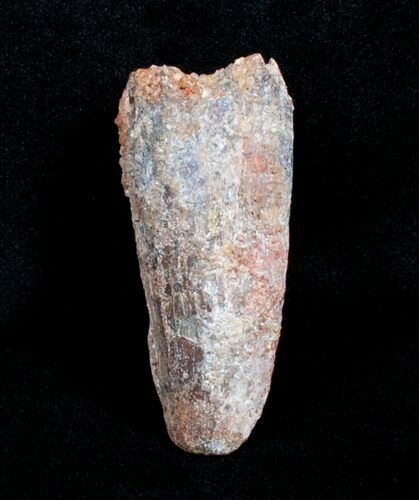 Here is a real dinosaur tooth from the largest carnivorous dinosaur to roam the Cretaceous, Spinosaurus. It's 2.0 inches long. Most of the enamel has been worn off. 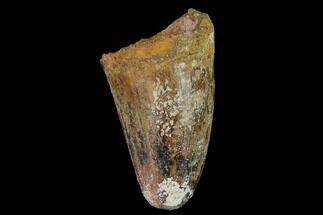 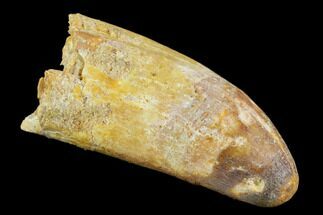 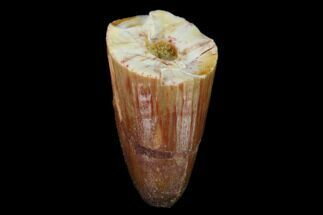