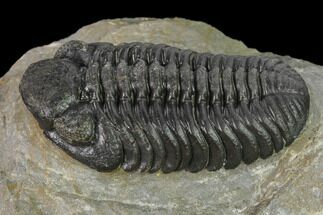 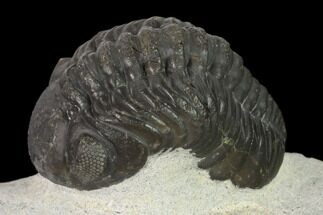 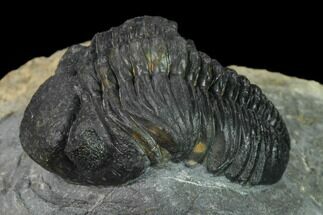 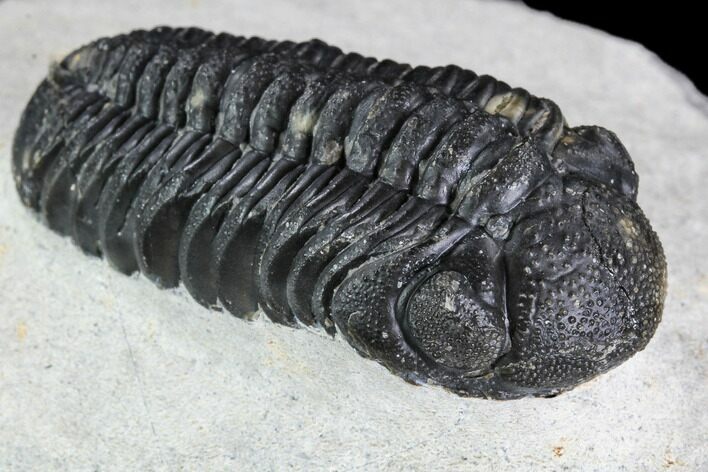 This is a 2.05" long Austerops trilobite from Ofaten, Morocco. It has great shell detail including nice eye facets in both eyes. 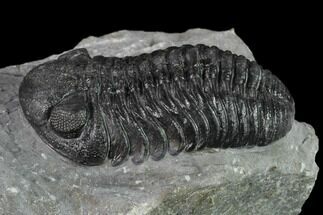 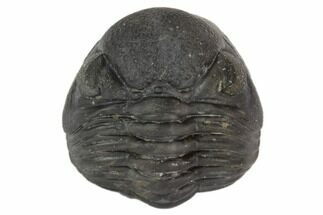