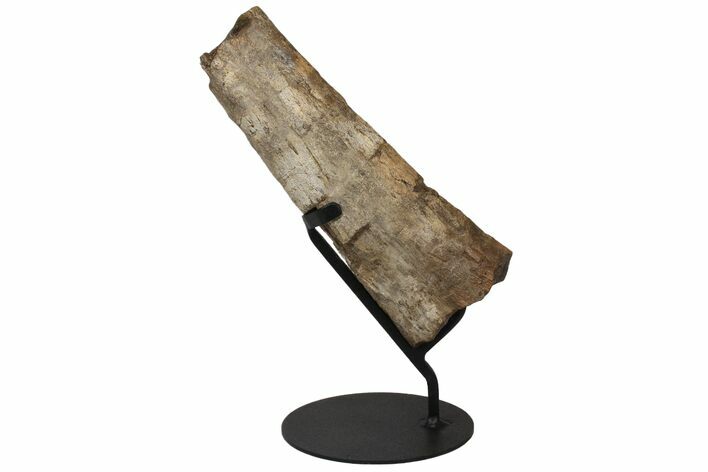 This is a 12.1" long partial Triceratops horn that was collected this past summer from the Hell Creek Formation of Bowman, North Dakota. There are repaired cracks through the horn, with spots of gap fill restoration where the bone crumbled and wasn't recoverable. There are other small spots of gap fill restoration are scattered around the specimen, however the vast majority of the bone remained in great condition and intact.

This Triceratops horn comes with the pictured display stand. 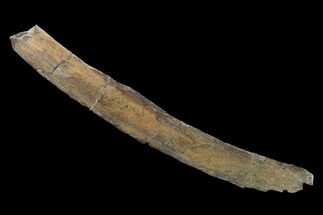