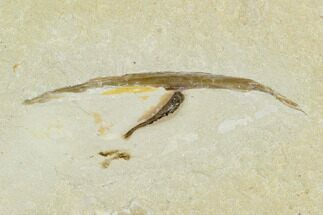 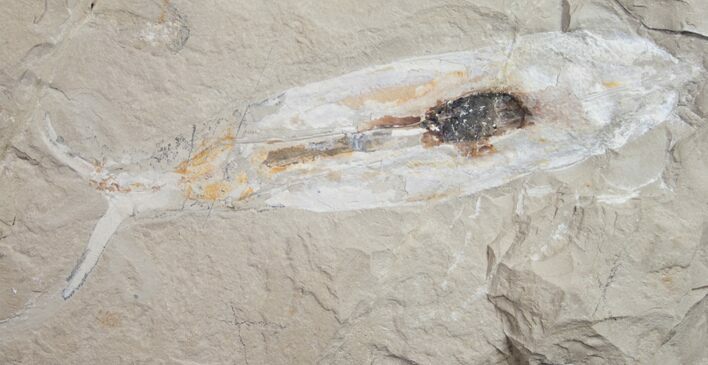 This is an exquisitely preserved, soft bodied fossil of the squid, Plesioteuthis prisca. It's 10 1/2" long and several of the tentacles can be seen along with a PRESERVED INK SACK. It's Upper Cretaceous in age and comes from a quarry near Hadjoula, Lebanon. Soft bodied preservation such is this is extremely rare in the fossil record, the the Lebonese lagerstätten is famous for it.

These rare squid fossils have been the subject of several research papers and news articles over the past few years. They compared the preserved organic granules in the ink sacks with the structures in modern squid ink and found them to be identical. In fact by dissolving the graduals in an ammonia solution they were even able to write with it. I've linked several of the papers and articles below.

There has been some repair to the matrix but the fossil itself has not been restored or color enhanced in any way.

The Upper Cretaceous, Lebonese lagerstätten yields some of the most exquisitely preserved fossil fish in the world. Over 80 genre are currently described, with many more still awaiting description. These beautiful fossils have been quarried near Byblos, Lebanon for well over a century and include sharks, rays, shrimp, ray-finned fishes and more. 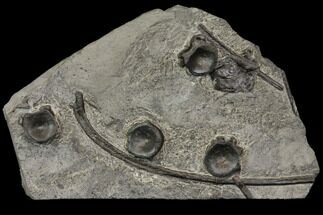