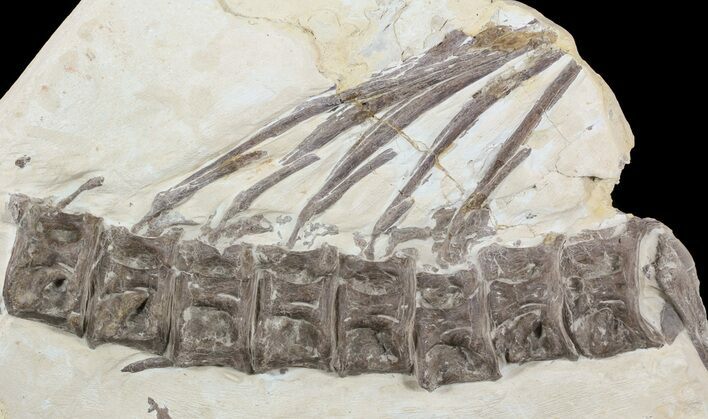 This is a string of eight associated Xiphactinus audax vertebrae (along with ribs) still embedded in the rock from the Smoky Hill Chalk in Gove County, Kansas. The piece is nicely prepared and displays well on the included display stand. 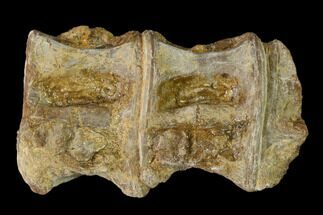 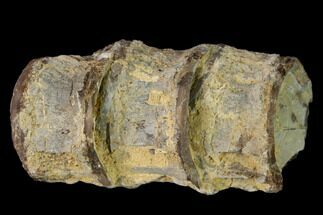 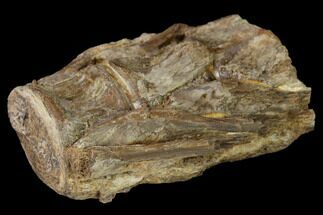