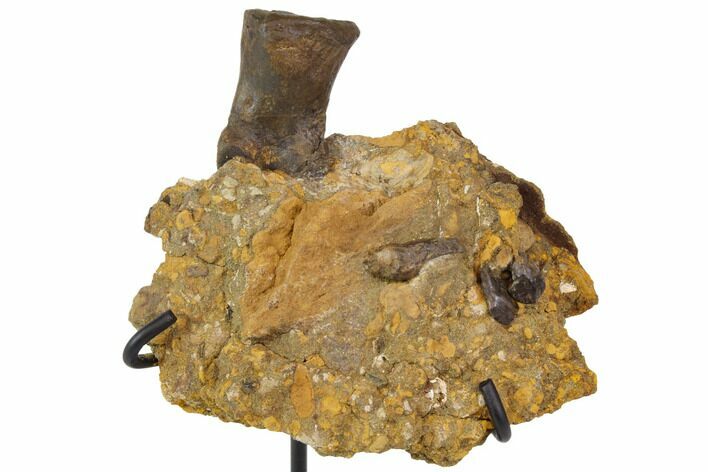 This is a very nice, 1.8" long metatarsal (foot bone), and two teeth of Pachycephalosaurus from the Lance Formation, Montana. The bone is in very good condition with one repaired crack. The teeth are show the lingual (toward the tongue) and labial (toward the cheek) surfaces. The longer tooth is showing the lingual surface. The shorter tooth has been reattached. There is also a scute from an unidentified fish, most likely a gar. Overall this is a very interesting piece. How did a land animal like Pachycephalosaurus end up in the same spot as the aquatic gar?